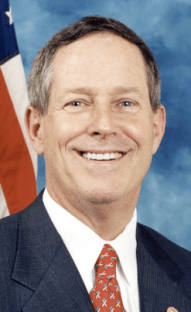 If your reaction to Rep. Joe Wilson’s now-famed “You lie!” outburst during Obama’s health care reform speech was to reach for your wallet, you may have had some problems donating to the South Carolina republican congressman last week.

Nonpartisan startup Piryx, which hosted the fundraising campaign for Wilson, has reported attacks by hackers — effectively bringing down the site for over 10 hours on Friday. The Austin-based commerce platform was targeted in a Distributed Denial of Service (DDoS) attack, preventing Wilson from receiving online campaign donations through this site.

A DDoS attack occurs when a malicious party bombards a site, sending a huge surge in bandwidth making it unavailable for its intended users — in this case, donors.

Piryx has not identified the source of the attack, but it’s not hard to guess their motives. According to Mashable, Wilson’s donations had reached $200,000 before the attack Friday.