According to a survey commissioned by Cyber Security Cloud Inc., 94% of respondents whose company experienced a cyberattack said it was preventable, almost 40% reported that the attack cost their company hundreds of thousands to tens of millions of dollars, and over half reported preventative cybersecurity spending to be from $100,000 to over $10 million.

The documented mayhem from cyberattacks is constant, exposing a planet-wide state of warfare causing data breaches and economic drain. In 2021, ransomware attacks in the U.S., for example, continued to surge, targeting all kinds of organizations — multinational IT firms, a global meat producer, companies responsible for critical energy and water infrastructure, health care organizations, universities, government agencies, and businesses in every vertical, including one of the largest insurance companies in the U.S.

The Cyber Security Cloud Inc. survey provides detailed information on developers who work hands-on in this arena — those who manage cloud and web applications in a hostile digital world and who understand the need for a web application firewall (WAF) and its operational improvement. 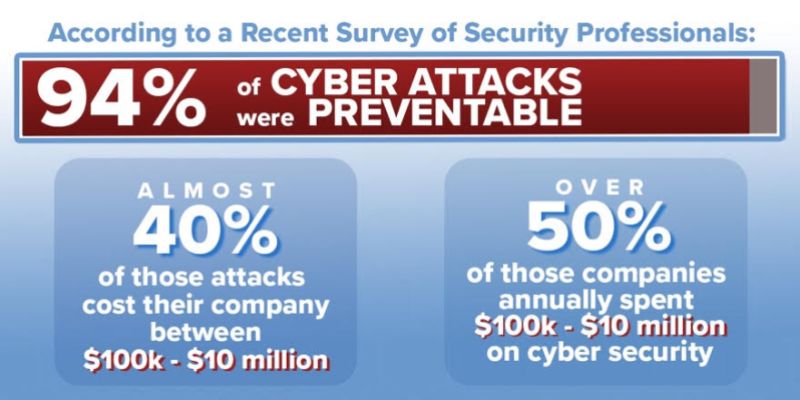 The survey shows that WAF is a key proactive defense in most organizations’ drive to protect cloud applications and sensitive data, but that it isn’t easy to successfully manage. That’s because WAF’s effectiveness lies in deploying scores of properly expressed rules that do the heavy lifting to filter a massive number of ever-evolving, malicious attack patterns. A majority (72%) of developers at all WAF skill levels said they are overwhelmed by WAF rules, and 94% would be interested in automated managed rules for WAF.

With the survey finding that 85% of developers said that their own team or their boss was typically held responsible for successful cyberattacks, perhaps the coping mechanisms many employed were not surprising. Over a third (34%) of respondents have developed unhealthy habits from the impact of managing cloud or web applications, reporting that they drink more alcohol, oversleep, fight more with family or friends, grind their teeth at night, or overeat and eat unhealthy foods.