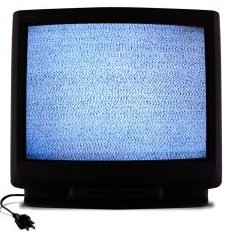 Maybe Hulu’s expensive Superbowl ad wasn’t such a bad idea. Consumer interest in computer-based television viewing is on the rise, according to a recent study from consulting firm Accenture. Furthermore, as the number of ways to watch TV expands, consumers are caring less about channel loyalty and more about ease of access for their favorite shows.

Overall, Accenture’s report found that television viewership is quickly splintering across a number of platforms like computers, phones, and set-top boxes. But in spite of this trend, viewership on all platforms (including the good old boob tube) is actually up. Online video hubs like YouTube and Hulu have also grown in appeal, as 74 percent of the study’s 14,000 respondents said they would enjoy watching TV via the computer. This increase not only represents a 13 percent bump year-over-year, but also the growth potential of the platform. As more and more video hubs net premium content deals, it seems likely that consumer interest in online viewing will continue to rise.

Surprisingly, Accenture’s respondents also expressed a lack of loyalty towards branded channels. Put simply, this means viewers were fiercely loyal to their favorite shows, but less loyal towards a show’s parent channel. Given the plethora of viewing outlets available to consumers (broadcast, online, mobile, cable provided on-demand, etc), and the myriad pay options available for these services (subscription, ad-supported, pay-to-play) this actually makes sense. As video distribution outlets pop up left and right, there’s basically a non-broadcast option available for everyone.

Case in point — if I wanted to catch up on NBC’s “30 Rock,” I could always watch it broadcast or jet over to the heavily-branded NBC.com. But why bother, when I can throw the episodes into a queue of non-NBC shows on Hulu, or stream it without commercials from Netflix, or even download it to my iPod via iTunes? Not only do those three options cut the majority of NBC’s branding out of the loop, but they’re also…well, much more convenient (at least for my lifestyle).

Sure, if this trend continues then networks’ long term branding efforts could take a hit. But that’s a small price to pay compared to no one watching their shows at all.