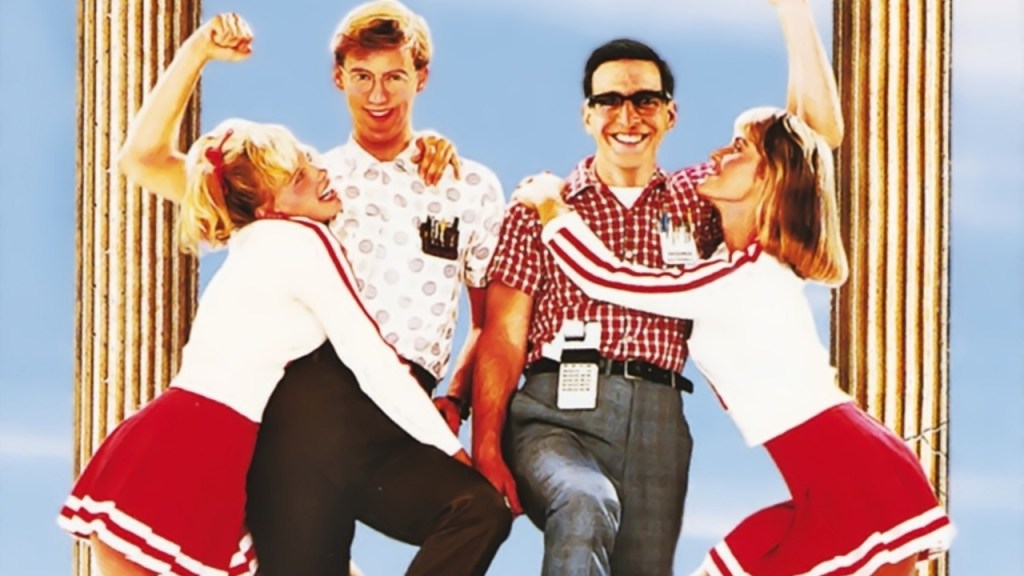 Hardware has long been the outcast of startup society, pushed to the fringes by popular social networks, e-commerce platforms, and enterprise jocks. But now the nerdy kids spending their free time in science club, tinkering with robots and playing with math, are making a comeback.

Today, Lemnos Labs held an event called Hardware 2.0 at its SoMA warehouse to bring entrepreneurs, investors, experts, and innovators together to stimulate discussion about the state of hardware. Lemnos Labs is a hardware startup accelerator that provides financial backing, space, tools, mentorship, connections, and guidance to its portfolio companies. It was founded by two MIT grads who wanted to create an empowering environment where these exiles and underdogs could get their ideas off the ground. 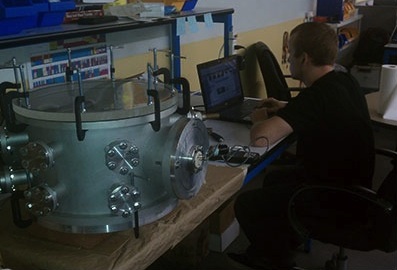 “The hardware scene is fundamentally changing,” said founder Jeremy Conrad. “Platforms like Kickstarter have made them a lot more popular, and startups are getting funding. But a lot of the talent and expertise still go to big corporations, and entrepreneurs and venture capitalists don’t know how to talk to each other. This event is about education.”

Conrad’s opening address was titled “What changed in hardware while you were tweeting.” He cited three major shifts: developments in information technology and design tools; rapid prototyping; and more varied and accessible sources of funding.

Regular laptops can run computer-aided design (CAD) software and tools and 3-D printing is everywhere these days. Cloud companies like DropBox make file transfers more efficient, eliminating lag times due to ground shipping, and machine and electronic shops with shared tools (such as TechShop) are cropping up in cities around the country, which cuts down on manufacturing costs.

Finally, Kickstarter has in many ways acted the “Cher” to hardware’s “Tai” in “Clueless.” For those of you who don’t catch that reference (which I guess is a lot of you), let’s just say it’s a hot and sexy consumer-facing platform that paved hardware’s entrance into the cool crowd. Companies like Pebble and Ouya grew to fame and fortune through their cult following on Kickstarter and were able to raise millions of dollars. On the institutional side, venture capitalists and angels are regaining interest in robotics, connected devices, biosensors, and the Internet of Things, which is a predicted tech trend for 2013. 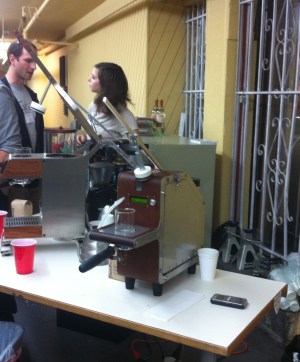 During his keynote speech, CEO of Kiva Systems Mick Mountz, talked about the evolution of his company from an idea on a whiteboard in his living room to a company bought by Amazon for $775 million. Despite his impressive resume, filled with degrees from MIT and Harvard and work experience at Motorola, Apple, and Webvan, he struggled to find the institutional support he needed for his idea.

“After working in e-commerce, it was clear that there were serious issues in the warehouses,” he said. “Mobile robotic order fulfillment seemed so obvious, we couldn’t believe no-one else had patents, but when I traveled to Sandhill Road back in 2002, I had the door slammed in my face because it was a hardware company. Finally, we got a private round of funding and the snowball started [rolling].”

The Kiva Mobile-robotic Fulfillment System is a combination of robots, devices, and software that makes warehouse operations far more efficient. The company went through four rounds of funding and raised over $30 million before its acquisition. Mountz’s strategy was to focus on building the product, team, and assessing customer needs until he was able to get venture backing. The investor mindset can be obscure and befuddling, particularly for hardware entrepreneurs. To provide a bit of insight, three venture capitalists sat down for a panel discussion on what they look for in startups.

“Hardware is harder, and when there is an easier way to make money, people flock to that,” said Trae Vassallo, a partner at Kleiner Perkins Caufield & Byers. “The laws of physics define how fast you can manufacture, and you can hit the death line a lot quicker and more easily. Showing a prototype is one thing, executing it is another. We are picky about choosing companies capable of bringing their product to market.”

That said, the prototype is an important component of the early-stage startup. At the final session of Hardware 2.0, seven of Lemnos Labs’ nine portfolio companies made short presentations about what they are up to: 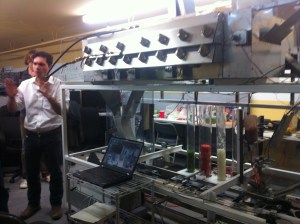 Momentum Machines is setting out to revolutionize the fast food industry by cutting costs on labor, rather than quality ingredients, with its hamburger-making robot. This robot automates the entire process of cooking a hamburger, which the company claims is more consistent, sanitary, and efficient than having people do the cooking. The machine can easily be modified as well, to serve the needs of anyone from massive national chains to gourmet food trucks. Want a burger that is 20% bison, 80% lamb, made-to-order with sliced tomatoes? You got it.

Revolve Robotics is creating a desktop robotic stand for tablets called Kubi that can enhance video calling. Kubi can move, pan, and tilt, making it easier for people in different places to share experiences and communicate.

ParqPlace is a parking system that allows drivers to reserve parking spots in advance. It integrates multiple hardware components with real-time web and mobile technology to make funding parking spots in urban areas as painless and efficient as possible.”

Blossom Coffee is a connected coffee brewing system that tries to prevent people from drinking bad coffee ever again. It measures brewing factors like grind size, heat, and extraction time to quantify what makes the best cup of coffee. Since launching, over 100 units have been requested, and Blossom is working with a slew of specialty coffee roasters, including Four Barrel and Blue Bottle, which recently raised $20 million in venture capital.

Unmanned Innovation is the company behind a development platform for Unmanned Aerial Vehicles that wants to make it easier to manufacture UAVs for use in a range of commercial applications, including agriculture, aid work, inspections, and industrial security.

Bia is “four businesses” that came together to create a unique fitness platform for women. Women are different physiologically and physically from men, and many of the biosensors and quantified-self products are geared to the male market. Bia not only offers an attractive, female-friendly wristband but also an inspirational, habit-forming tools, and data-driven insights into health. The team is trying to build an iconic lifestyle brand that capitalizes on the 45 million women who exercise three times a week and buy 85% of all sports apparel but only 25% of sports fitness devices.

Local Motion, which recently raised $1 million, manufactures a module that can be installed in any vehicle to make it more shareable. Corporations, university campuses, and municipalities often have fleets of vehicles available for their employees’ use but do not manage these fleets in the most cost-effective or convenient way. Local Motion’s “employee mobility programs” makes vehicle sharing more efficient. It is currently deployed at the Google Campus in Mountain View, with more contracts in the pipeline.

The final company to present is tackling nothing short of outer space. Nanosatisfi is a space imaging and data platform that offers “affordable and convenient access to space.” Its nano satellite infrastructure and data collection capabilities can be used for science education, weather analysis, and a range of military, commercial, and government applications.

Interestingly, many of these companies produce consumer-facing products, while it looks like the money may be moving towards enterprise and B2B companies.