Epic Games announced today that it is launching the beta for Fortnite battle royale on Android, starting with select Samsung devices. The Samsung devices will go live today with a wider Android beta beginning in the coming days.

Epic timed the announcement with the reveal of the latest Samsung Galaxy Note 9 smartphone, giving players with access to Samsung Galaxy devices first access to the popular free-to-play game, which is already out on the PC, consoles, and iOS devices. Purchasers of the new Samsung Note 9 or Galaxy Tab S4 will get access to the new Galaxy outfit.

As Epic Games announced earlier, the Android version will not be available for download on the Google Play store, which charges a 30 percent commission. Rather, saying it wants a direct relationship with players, Epic said that players can download it from from Epic’s web site instead. You can sign up on the link at Fortnite.com.

Fortnite has been an enormous success on iOS devices, with more than 100 million downloads and $160 million in revenue in less than six months. It is the same game on Android, and Epic Games CEO Tim Sweeney said in an earlier interview with GamesBeat he is proud of that achievement, fulfilling the promise that the game will work on any platform.

I played the game on a Samsung Galaxy S9+, and I was about as bad at it as I was playing Fortnite on the PC. Playing on the touchscreen required an adjustment, as it’s a fast-moving game where you have to have good reaction time to shoot a player who comes out of the blue. I played a number of games so that I could get familiar with the controls and gameplay, but I haven’t progressed that far up the ladder. 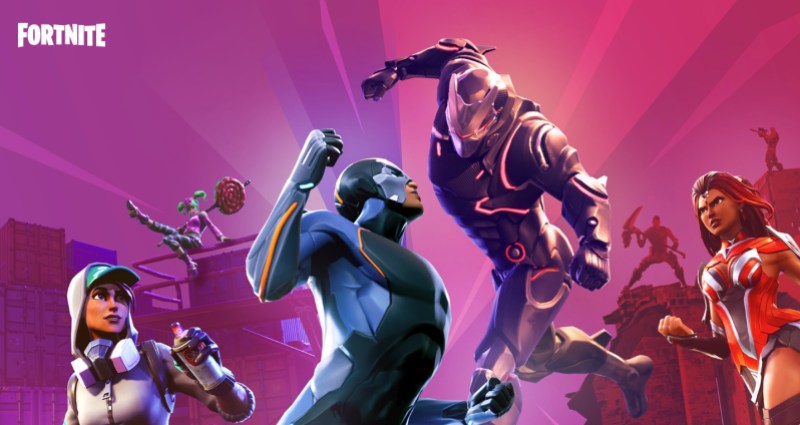 You can do anything that you want to do in Fortnite on Android, just as you can on other platforms. You start out in a lobby with 99 other players. You can pick up a gun and practice shooting. Then you parachute into an island that is filled with houses, buildings, trees, and loot to grab. You pick up a gun and start shooting, but a circle on the map keeps shrinking and you have to move to stay inside of it or face death from the mysterious Storm. All the while, you have to keep looking around for other players who are trying to take you out. You can also play a 50 versus 50 mode or team up with friends. It’s a fun, party-like environment with zany shopping carts and rocket launchers in a big world.

As with the iOS version, you don’t have to be an expert at controlling what’s happening on the screen. If you point your gun at a target, you engage the auto fire option, where the gun fires automatically when a target is in its crosshairs. You can also take it off the auto fire and tap on the fire button, shooting when you want. I did this in my duel with a rival, who fortunately had not yet picked up a gun and was armed only with a pick. Movement is also fluid and fast, and you can set it on auto run if you want.

Fortnite on Android supports full cross play and cross progression with PlayStation 4, Xbox One, Nintendo Switch, the PC, Mac, and iOS. Of course, you probably don’t want to play the touchscreen version against someone with the lightning fast controls of a PC mouse and keyboard. But it’s the thought that counts. 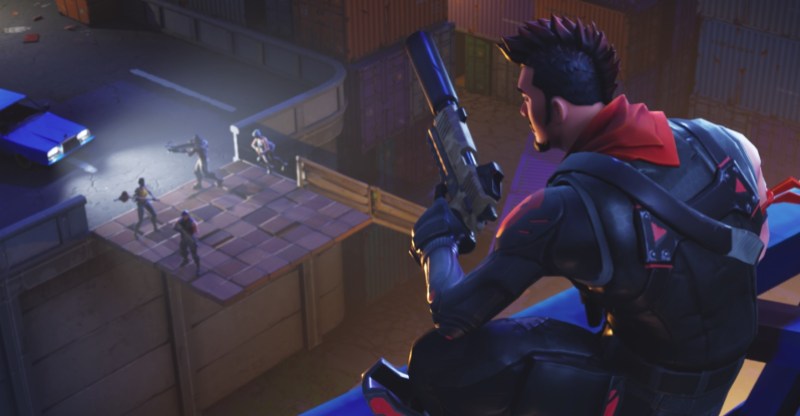 It’s so easy to die and hard to control

If you have a game controller that you can attach to your phone, that’s probably the way to play Fortnite on Android. Otherwise, you’ll find that it’s hard to control. You can hold down the screen with your left finger to move. You use this finger to move forward or sideways. And you use your right finger to look up or down or sideways. But you find you quickly run out of fingers if you’re trying to target someone and shoot and move at the same time. Meanwhile, someone who has the drop on you can stop, pause, and shoot you. As with the game on other platforms, you’ll find that someone can shoot you quickly, and you’ll never know what hit you. 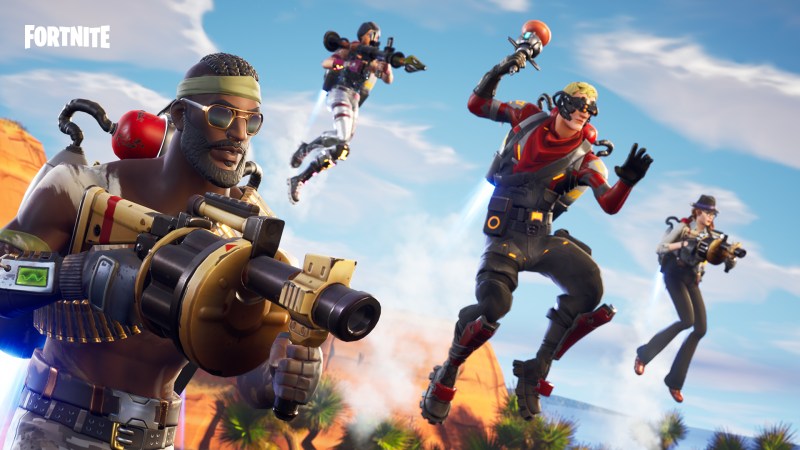 I enjoyed playing Fortnite on Android for the novelty of it, and this version makes it fun to play while you’re on the run. You need a good Internet connection and a decent device. Sweeney estimated that Fortnite would like run on 300 million or so Android devices. It won’t run on low-end smartphones, and you need to have the latest version of the Oreo operating system. Those are some severe restrictions.

It’s not ideal to play on a smartphone, as it has the same challenges that any shooter on mobile has. But the game fulfills its promise of playing a game anywhere, anytime, on almost any device. It’s also the same fun battle royale game that the whole world has come to love. Keep in mind that the game is not yet final and will receive updates. But it’s playable now.