If only customer support were more … human. 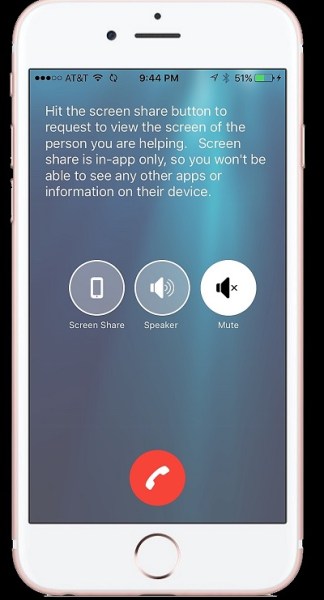 Above: You can get real-time in-app support with RevTwo.

RevTwo is coming out of stealth mode today with a new way to offer support for people while they are using an app. It works for when you are stuck in a game and need a hint or when your app just isn’t working right.

RevTwo has created an in-app community support platform for mobile users, developers, and enterprises. If it catches on, it could make getting help much easier and end a lot of customer support nightmares. We should all hope that this company lives up to its billing.

Boston-based RevTwo has a vision of providing universal, built-in support with every app on every device. It is designed to let users who need help connect with app evangelists and other users from around the world in real time.

Typically, when an app user runs into a problem they cannot solve they’re forced to leave the app, search online, and comb through message boards. They have to hope another user has encountered the same problem, and the answers always come slowly. RevTwo flips that model, connecting users inside an app with the push of a button. That lets a user share their screen with an app expert who can talk them through a solution.

“At today’s speed of app development, support is almost always an afterthought, something tacked on long after a release, or often, never included,” said Dale Calder, cofounder and CEO of RevTwo, in a statement. “At RevTwo, we’re disrupting that model and putting support and human connection at the center of development and the app experience. We founded RevTwo on the belief that fast, easy support is a universal right — and need — for end users of any technology.”

RevTwo provides universal support for every stage of the app lifecycle and provides free tools for developer support throughout testing, which helps improve quality control in app projects.

This allows developers to circumvent issues long before an app is finalized. The tools can also connect professional help desk support people with users through audio, video, and screen sharing.

Apps that don’t work are quickly abandoned. Research shows that only 16 percent of users will give a failed app more than two attempts, with 80 to 90 percent of apps deleted after one use.

“Our in-app, community-based support will completely transform the user experience,” said Jim Hansen, cofounder and chief technology officer of RevTwo, in a statement. “From a teacher in Alabama helping a student in California solve a math problem to a professional gamer in Japan providing tips and tricks to a player in Holland, for the first time ever, users can get the help they need from their peers without ever leaving their apps.”

The company was founded by the entrepreneurs who build Axeda, an Internet of Things platform. They sold that company to PTC for $170 million in 2014.

“We started RevTwo because we have seen firsthand how hard it is to replicate problems in testing, and later in production. We wanted to know what the app was doing, and what had gone wrong.” said Hansen. “Realizing that we were encountering a problem that developers face every day, we created a new tool that reveals what’s happening inside the app when an issue is encountered, regardless of where the device is.”

To see inside an app, a developer simply bundles the RevTwo library into any iOS-based app (Android support is on the way). The integration takes about ten minutes. After that, the app can be used to open support sessions, initiate and respond to voice calls, and interact with diagnostic tools like screen share, logging, database inspector, and file browser. The functionality is built using WebRTC to create fast peer-to-peer connections with devices, which helps shorten the time to resolution, the company said.