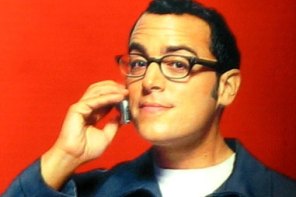 Verizon Wireless announced yesterday that it’s refunding $90 million to around 15 million customers who were mistakenly charged for data access on their phones over the past few years.

The majority of affected customers will see credits in the $2 to $6 range on their next bill. Former customers who have moved on to another carrier will receive checks.

The charges stemmed from customers who mistakenly accessed data sessions on their phones, even though they didn’t have data plans. As Verizon explains: “These customers would normally have been billed at the standard rate of $1.99 per megabyte for any data they chose to access from their phones. The majority of the data sessions involved minor data exchanges caused by software built into their phones; others involved accessing the Web, which should not have incurred charges. We have addressed these issues to avoid unintended data charges in the future.”

Many, including the New York Times’ David Pogue, complained about Verizon’s practice of charging small fees to access data services — particularly because it seemed like its phones were designed to encourage launching data apps by mistake.

According to a Pogue reader who worked for Verizon, the company was well aware of the issue, but allowed it to continue. “The phone is designed in such a way that you can almost never avoid getting $1.99 charge on the bill. Every month, the 87 million customers will accidentally hit that key a few times a month!” he wrote. “That’s over $300 million per month in data revenue off a simple mistake! Our marketing, billing, and technical departments are all aware of this. But they have failed to do anything about it—and why? Because if you get 87 million customers to pay $1.99, why stop this revenue?”

Verizon at last seems to have grown a conscience — or maybe it realized that with its great Android superphone success, which demand heftier data plans, it no longer needs to nickel and dime its customers.