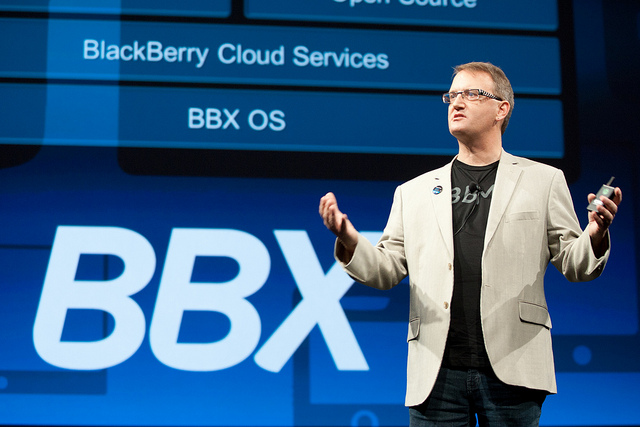 It seems that Research in Motion can’t even name an operating system properly without stumbling along the way.

The BlackBerry maker has been fighting a legal battle over the BBX trademark for its latest operating system, but today a US federal court ruled in favor of existing trademark holder BASIS International. The official name of RIM’s new OS will instead be BlackBerry 10, the company announced on its BlackBerry Developer Relations Twitter account tonight.

It’s a minor change, but I think the BBX branding would have better conveyed that RIM is attempting something bold and new with its next OS, which is based on the BlackBerry PlayBook’s QNX software. BlackBerry 10, on the other hand, just sounds like yet another RIM OS — not anything revolutionary.

Ultimately, the name of RIM’s new OS doesn’t matter nearly as much as how well it will compete against iOS, Android, and Windows Phone. I’ve liked what I’ve seen of the PlayBook’s operating system, but RIM still needs to make significant changes to make the software palatable for its smartphones.

RIM still hasn’t divulged when we can expect BlackBerry 10, but right now the best bet is around June 2012, when the company is expected to launch its next-generation BlackBerry London smartphone.