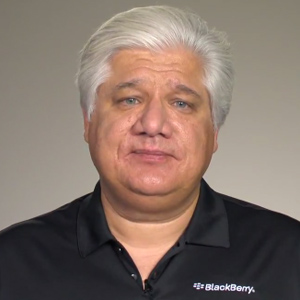 Research in Motion has become the mobile industry’s punching bag lately and today is no exception, with a new report saying its upcoming BlackBerry 10 OS is all-around awful.

A new report from Boy Genius Report asserts that the upcoming BlackBerry 10 OS, which has already been pushed back until late 2012, is basically a failure and won’t be able to compete with other  smartphones operating systems. This is especially true when you consider more advancements to iOS, Android and Windows Phone 7 will come before BB10 hits shelves.

BGR’s anonymous inside source said that the PlayBook 2.0 OS, which will be released in February, is a window into what BlackBerry 10 will be. Looking through the window isn’t a pretty thing, though, because crucial things like native e-mail and BlackBerry Messenger still don’t work. “Email and PIM [is better] on an 8700 than it is on BlackBerry 10,” the source said. ”RIM is simply pushing this out as long as they can for one reason, they don’t have a working product yet.”

RIM, however, has responded to the report by saying it is inaccurate and says it that BlackBerry 10’s release date has been pushed back to ensure everything, including e-mail and Messenger, runs smoothly. The company’s (lengthy) official response is below:

“RIM made a strategic decision to launch BlackBerry 10 devices with a new, LTE-based dual core chip set architecture. As explained on our earnings call, the broad engineering impact of this decision and certain other factors significantly influenced the anticipated timing for the BlackBerry 10 devices. The anonymous claim suggesting otherwise is inaccurate and uninformed. As RIM has previously explained, and as Mike Lazaridis reiterated on the earnings call, we will not launch BlackBerry 10 devices until we know they are ready and we believe this new chip set architecture is required to deliver the world class user experience that our customers will expect. Any suggestion to the contrary is simply false. We appreciate the interest in our future platform and we will continue to work hard to deliver that platform as soon as possible. At the same time, we also remain very excited with the success of our recently launched BlackBerry 7 smartphones and we believe these products offer a very compelling choice for both new customers and the almost 75 million BlackBerry users around the world.”

It’s hard to tell what exactly is happening behind the scenes, but at this point, I’m willing to give RIM the benefit of the doubt. Yes, at this point, the BB10 OS is probably terrible and undercooked. But RIM has already set expectations low and has another year to deliver its savior OS on time within company projections.

CNET has decided to say that BGR’s report means that Co-CEOs Lazaridis (pictured) and Jim Balsillie are “lying” about the reason for the delay of BlackBerry 10 until the end of 2012. As seen in the offical statement above, RIM says the delay is because of a new chip, but BGR’s source says it’s the under-baked software.

I wouldn’t go so far as to say the company is flat-out lying. If the goal is to have an advanced integrated chipset with LTE and a great new OS, that doesn’t mean the delay can’t be for both reasons.