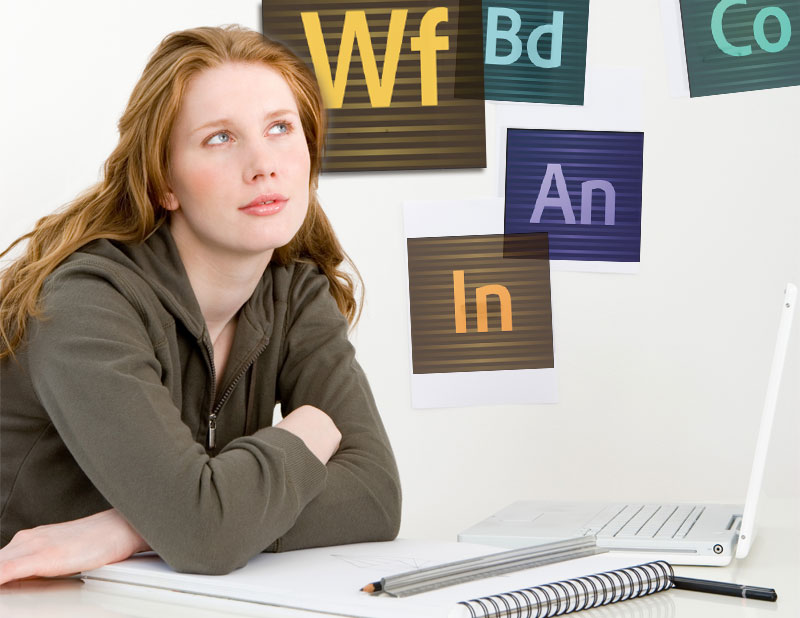 Since its launch, Adobe’s Creative Cloud has clearly indicated where the company’s future lies. But no one expected the company to get rid of Creative Cloud’s predecessor, Creative Suite, quite so soon.

But that’s exactly what Adobe is doing. Not only is the creative services software shop closing down the Creative Suite version numbers and branding; it’s getting rid of the entire paradigm of old-school, cereal-box* software.

*Our own term for CD-based hard copies of software you’d buy in a store, where they were lined up like boxes of cereal, instead of downloading it online.

In a conversation with Scott Morris, Adobe’s director of product marketing, we learned that “Adobe has made the decision that moving forward, we are focusing all our efforts on Creative Cloud. We have no plans for a perpetual release.”

That means no more waiting two years for bug fixes. No more waiting for your design software’s features to catch up with what the web guys have been doing for six months.

It also means a new purchasing paradigm for the entire creative industry. Every ad agency, every magazine, every indie design firm and print shop — they will all be transitioning from bought-and-owned software at $200 or $700 or $2,000 a pop to the Creative Cloud subscription model, which can cost as little as $20 per month.

As for existing and even older versions of Creative Suite software, Morris said, “We’re not doing any [new] feature development. For the next major release of Mac OS and Windows, the products are supported.” And CS6 purchasers will get special, rock-bottom subscription prices.

But that’s as far as it goes. This is the last stop for the Creative Suite train; all passengers must deboard.

Why Creative Suite had to go

“The writing is on the wall for where Adobe is headed, but people are surprised we’re going all in as soon as we are,” Morris said.

Over the past 18 months or so, Adobe has been headed in a decidedly modern direction. It’s been making making big bets on responsive design and adding cloud-based collaboration features to some of its most popular products. It acquired Behance, a web-based portfolio service and creative community, and it started integrating those features into its other software.

Creative Cloud itself is the crown jewel as well as the signpost for Adobe’s recent directions. It presents more tools for developers (and transitioning designer/developers) and puts a greater emphasis on community, collaboration, and the web.

“They’re lightweight, task-specific tools to get the job done,” said Morris. “That’s the direction things are heading. This model lets us meet the new world way better than the old model ever would have.

“We have a beautiful vision of where creative workflows are going, but it is incredibly taxing on our engineers to have two different code bases … We’re not as focused as we want to be.”

Killing off Creative Suite, he said, “frees up our product teams to come up with new innovations faster.”

And speed is, these days especially, of utmost importance. Morris said, “With responsive design or HTML5, to be quite frank, when all that started coming out, Adobe had a hard time keeping up. … There wasn’t time to do another product cycle. The amount of time it takes to make that happen is tremendous, and it slowed us down enough that our customers felt left behind.”

Adobe has been frankly surprised by the creative community’s response to Creative Cloud and the new web-based software delivery and management model. Morris said customers are volunteering to migrate in huge numbers. “They love the promise that you get everything new as soon as it’s available,” he said.

But there are others who aren’t as immediately jazzed.

“It’s gonna be difficult,” said Morris of the shift. “We’re gonna have some cranky customers who aren’t ready for this transition. But it modernizes the way we operate. We have a 20-year-old desktop franchise, and things have changed so rapidly around us that we were getting pretty slow. We weren’t an agile, nimble company because of the software model.”

That agility, he said, is palpable. He continued to say that even employees at Adobe are more excited to come to work because instead of promising new features with the next release cycle in 2015, they can offer something much more responsive.

But to the die-hards who resist change because — let’s be honest — the current model is good enough and already required substantial financial investment, Morris said, “We’ve been through this before.

“Ten years ago, we moved from only individual products to suites, and we were told, ‘No! I don’t want this “CS” thing! I don’t get it.’ But we proved it was valuable because of all the things you could do with it. And now, everyone’s on Creative Suite, and they love it.

“It’s not just a business model change; it lets them do things better and faster than before. That’s what Creative Cloud is going to do, and we’re just at the beginning of this journey.”