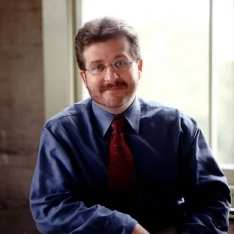 [Editor’s Note: It’s been several weeks since Sequoia Capital‘s ominous meeting with its portfolio companies warning of tough times ahead. Not much has changed since, but the message has sunk in across Silicon Valley. While Sequoia was full of directives for withstanding the downturn — many illustrated by scary looking charts — communications consultant Lou Hoffman says its advice might be overlooking the obvious. Below, he offers up some common sense to skittish startup execs.]

Most of you have seen the slide set Sequoia Capital delivered to its anxious startups early last month. Cleverly titled, “RIP: Good Times,” it continues to cause quite the stir.

With a mind-numbing parade of statistics, the presentation made the case for startups to focus on preserving capital as a counter measure to an ailing economy that probably won’t recover anytime soon.

Now, I have nothing against preserving capital. My mom always told me to save for rainy days. But it’s revealing that Sequoia’s call to arms neglected to offer a communication strategy to companies. That is, unless “reviewing salaries” and “making cuts” count as forms of communication. I suppose it’s easy to forget in hectic times that the act of talking to people, both inside and outside a company, can actually impact the success of a business.

Employees will always be attracted to and work harder for companies where they feel a personal connection. And customers like to buy from companies that express a little personality — or better yet, establish an emotional bond. Communication affects these perceptions.

A key example is Mahalo, a search startup that just laid off 10 percent of its staff. Chief executive Jason Calacanis used his blog as a soapbox to clue his employees into the rationale behind his actions, explaining in detail how precautionary cost-cutting measures taken now will help the company gain runway into 2012. This decision earned Mahalo good will from its employees and the outside press, which didn’t have to guess at the cause of the firings.

On the other side of the coin, you have Bluetooth headset maker Aliph, which let go 30 percent of its staff just a few days ago due to the downturn. To its detriment, no official information was released until an anonymous source had already leaked the news. After that point, it’s no longer about crafting a message — it’s about damage control. Ironically, both Mahalo and Aliph are Sequoia portfolio companies, demonstrating how an across-the-board action plan might have been beneficial.

You’ll notice this definition of communication doesn’t mean slogans and ads and clever branding campaigns. It doesn’t even mean public relations. I’m talking about the chief executive and the rest of the management team sharing their personalities, stating their actual views, and explaining their actions in an open and transparent fashion with both their staffs and the market.

As the kids who grew up with Friendster, MySpace and Facebook become employees and customers, they’re going to expect the businesses they work for and buy from to communicate using the same social media tools. I don’t know Digg founder Kevin Rose personally, but by virtue of his blog, Delicious page, Flickr photos, tweets, etc., I’m guessing his staff knows him pretty well. He’s an open and likable book, and that inspires people. Digg continues to grow even as the economy slows, attracting 16 percent more visitors this month than last — so it must be doing something right. And you don’t need to be a major Web 2.0 player to put the same tools to work for you.

The Sequoia presentation ends with the words “Get Real or Go Home.” I couldn’t agree more with the “Get Real” part, though my interpretation doesn’t involve number crunching. To me, it means talking like a human being, not a scripted drone. It means engaging both online and in-person — recovering that lost art form known as conversation.

I would argue that enlightened communications (both internal and external) could give any startup a real competitive edge — one that won’t come from cash preservation (though I do see the merits of keeping the lights turned on).

Because in spite of all the blather about “engagement,” most companies still adhere to a control mentality when it comes to communication. They believe if they control a message, that’s what people will believe, write about and recycle. But in this era of transparency, everyone — not just employees and journalists — has the means to call out the emperor for lacking attire. If anything, the current economic climate demands more honesty, more personal consideration.

Startups needs to tap into the energy that comes from everyone believing in the mission and knowing what it takes to win. Fostering this attitude in turbulent times requires genuine dialog. Staying on message no matter what isn’t going to cut it.