Virtual reality is still a fledgling industry, and it’s hard to make money on the relatively small owner base of VR headsets. But that doesn’t bother Robin Hunicke, the CEO and cofounder of San Francisco-based indie game studio Funomena.

Hunicke, who is also director of the Art, Games, & Playable Media BA program at the University of California at Santa Cruz, gets excited about making games for emerging platforms. Her team has made experimental games such as Luna (a VR title for the Oculus Rift, HTC Vive, and Windows Mixed Reality), Woorld (an augmented reality title for Google’s Tango technology, and Wattam, a zany game designed by Funomena’s Keita Takahashi for the game consoles.

It’s risky to go out so far on the leading edge, but Hunicke believes that it’s essential to creativity. And she believes that platform owners such as Oculus believe enough in creativity and diverse content, making it so that Funomena doesn’t take risks all on its own.

Hunicke gave a talk at the last week’s Oculus Connect 5 event about hiring a diverse staff and fostering creativity in game development, and I interviewed her afterward. She is, after all, one of the veterans of both VR and games. Hunicke and programmer Martin Middleton founded Funomena in 2012. Before that, she was at Thatgamecompany and worked on the award-winning Journey. And she was at EA’s Maxis studio, working on MySims and Boom Blox. 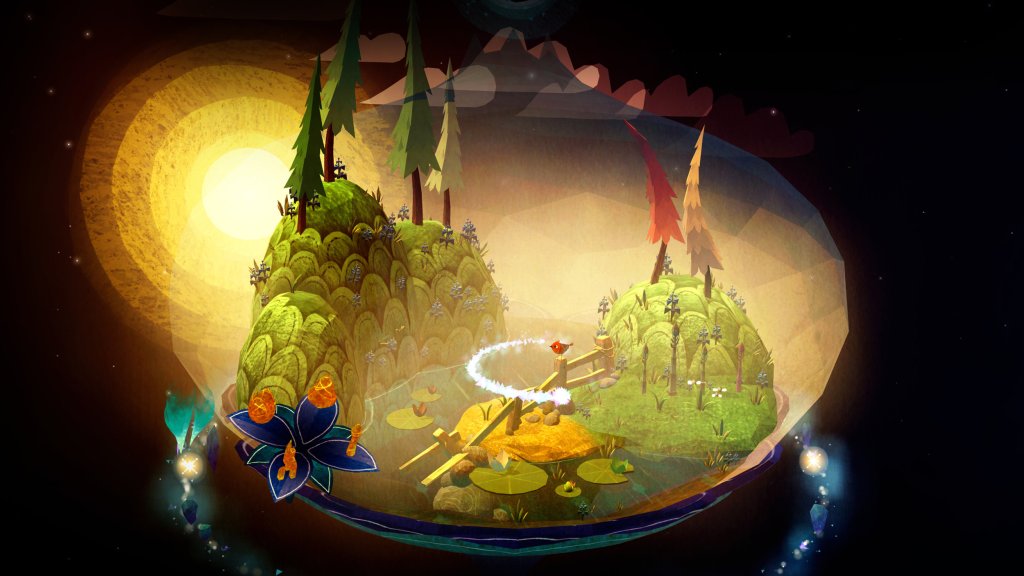 GamesBeat: Was there a main point you wanted to make in your talk?

Robin Hunicke: We talked about developing for emerging platforms, and also the philosophy behind Funomena. Why we founded it and how we built the team we built. A lot of it was about the importance of inclusion and thinking about design as an inclusive process – not just on the team, but also engaging with a lot of different types of people on your team so you can engage with a lot of different types of players.

Luna is obviously really accessible, and one of the reasons it’s been winning so many awards is because it’s such a good introductory experience for VR. First-time VR users are put at ease by it. We think the reason that’s the case is because we have this broad and interested and curious team that comes from all different walks of life.

GamesBeat: You have a very deliberate process of building the team and getting good things out of it.

Hunicke: Yeah, it’s been deliberate. I started the company with Martin trying to think about what we could do to show that diversity isn’t just a word. It isn’t just an idea or a concept. It’s a process.

GamesBeat: Was it very different from thatgamecompany as far as the startup process?

Hunicke: At thatgamecompany Kellee and I were the only women. It’s nice to be in an environment now where there are a lot more women. My first job was The Sims, and that was 50-50. There were a lot of women on the Sims teams in all different capacities. But in design, for most of my career there, I was the only woman designer. Even in a very diverse environment, there were still places where there weren’t enough women.

I’m excited about how we’re able to build a culture that values a lot of different types of experiences. Not all our employees come from game development. Some of them come from other kinds of software. Some come from other walks of life, like science. We’ve hired people mostly because we feel that culturally they’ll be a fit, and they’re interested in communicating and being creative with other people. Problem-solving in a way that’s kind.

GamesBeat: You’re also making interesting choices around which platforms to support. Has VR been part of where you wanted to go for quite a while?

Hunicke: I’ve always wanted to develop for VR, but I also didn’t expect it to be a huge success. I didn’t think that we’d make a VR title and never have to make games again. I’ve always been building toward a future where more and more people will adopt devices that allow you to experience augmented reality or mixed reality or virtual reality. Those numbers will grow, but they’ll grow as the use cases for those devices also grow.

I’ve always been designing for these experiences with an eye toward the future, when we need the skills that we’re building now to develop for a really broad audience. Right now is the time to learn on the platforms. Not as many people are looking. It’s a good time to make experiments and try things and see what works with a smaller group of people, so when it all goes wide, we have best practices. 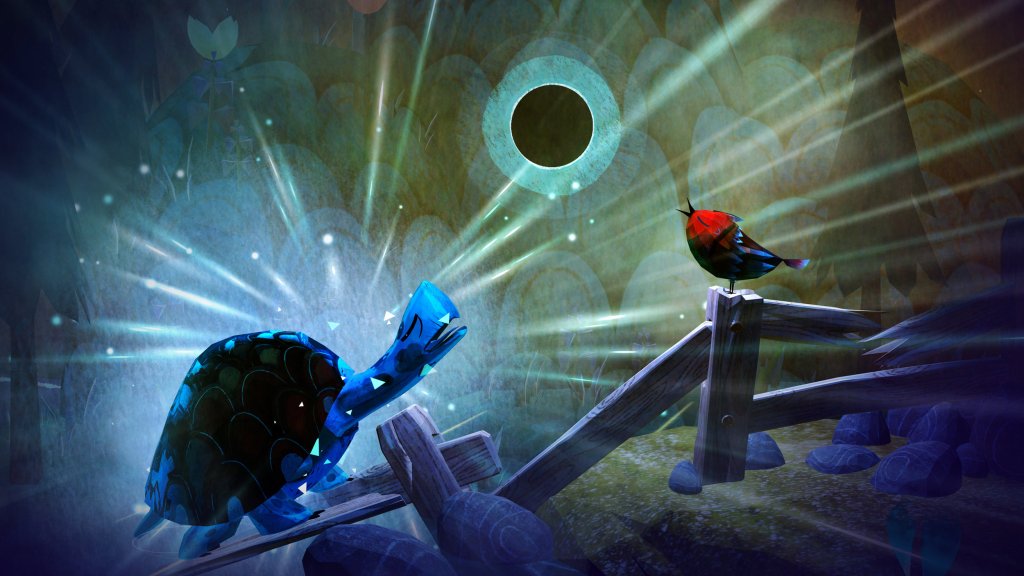 Above: Luna from Funomena, one of the diverse creators that Oculus helped fund.

GamesBeat: What’s it like being so closely in touch with the university side of things?

Hunicke: It’s amazing. I learn more from my students than they learn from me, often. They’ve taught me so much about what it’s like to be a young person today, the kinds of concerns young people have, the needs they have.

When I was coming up, the world was a very different place. In some cases there were similar—politically, I think, it was a similarly trying time, when I was in high school and college. But financially, economically, my students have very different futures to look forward to, in particular with the environment. It’s essential for me to be connected to this younger group of people. They’re going to be the stewards of the earth moving forward. I think about that every day.

GamesBeat: Within VR you have some interesting choices. With Oculus, you have a good-better-best sort of scenario, with Oculus Go and Gear VR, the Quest, and then whatever comes on the PC side after Rift. When you look at that, it seems like it’s hard to choose which to get behind. What do you want to achieve, but also, what’s accessible?

Hunicke: When we’re designing, specifically when designing for an emerging platform, which is typically what we’re doing—we’re usually partnered with the hardware while it’s in flight, while it’s being designed. For example, when we worked on the Tango project with Google, the phone we were working on was in flight. We were working on a phone that was changing as we were building the app.

When we’re working that way, what you’re really trying to do is get to know the configuration, understand what the device is going to be good at doing, and really amplify that with your experience. It becomes, for us—if you think of Funomena in this capacity as like a design firm, or an ideo consultancy, we’re trying to make that thing look great. That means working around the edges of where it’s not great.

But what that teaches you as a developer, and what’s happened in our larger projects we do – say, when we make a game and release it for PlayStation – is we’re very sensitive to the boundaries of that hardware and think a lot about, okay, how can we showcase that hardware? It’s a lesson that you learn working on in-flight stuff that later, when you’re trying to target a specific device—you can say, “All right, this experience will sing on this device, and not because of the 6DOF, but because it has no wires. Let’s make people move around a lot.”

Whether you can port up or down to other things is a question you address when you need to. Luna we’ve ported to the Windows MR headset. The minimum spec for Windows MR, with one of their integrated laptops, is not a very close match to a Rift on a really built-out PC. But we were able to make the experience work there because we were able to tune the graphics and the way the game works to that platform. That comes from building the skill set we have as a developer.

GamesBeat: Do you feel it’s still a risky business?

Hunicke: Games is a risky business, yeah. Games, you can just put a picture of Tom Cruise right in there. [laughs] But it’s a passionate community of creative, fun, and interesting people. I wouldn’t want to work anywhere else. 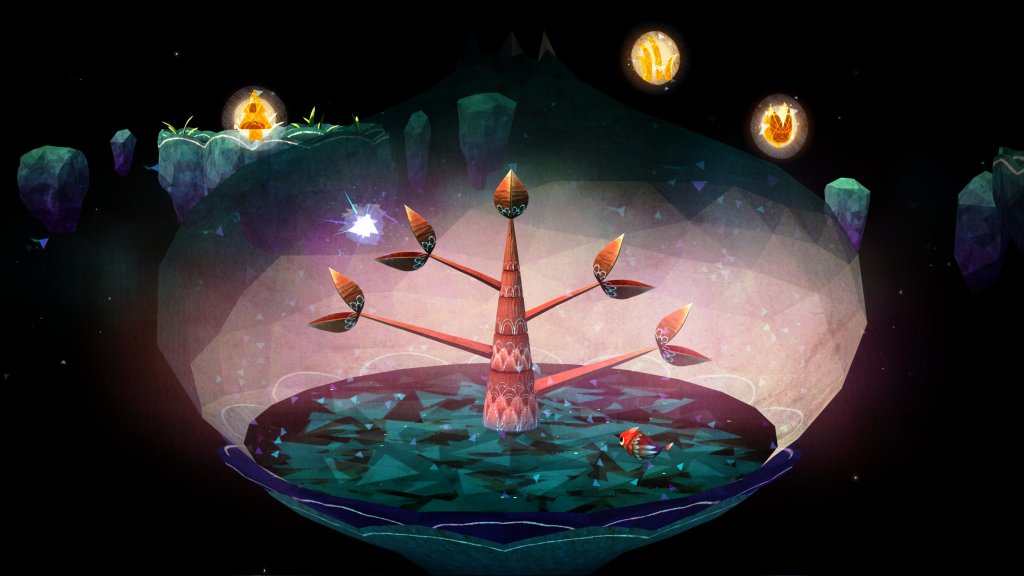 GamesBeat: It seems like, when you’re working with these partners, they’re at least taking some of that risk off of you. They have you develop for something that they want stuff developed for.

Hunicke: Right. It’s important—like I was saying in my talk, the collaborative aspect of working with someone on in-flight hardware is actually something I love. I love being able to work with a partner and we’re both talking about, “Okay, what does the SDK? How should it work?” I’m going to be speaking next week at the LeapCon in Los Angeles. We’ve been partnered with Magic Leap for a while now. I really enjoy those kinds of partnerships, where you’re working together and the hardware is coming together. It’s like you’re part of the team in a way.

GamesBeat: It’s more like dealing with a platform owner, as opposed to a publisher?

Hunicke: Yeah. The thing with a publisher is—it can feel that way too, depending on whether you’re working on hardware that’s already been released or not. If I were going to be working on a next-generation console title right now, I’d be collaborating with a partner really closely. It’s the same thing.

I love to be at that edge, because I love the way that relationship feels. It cuts away some of the more officious business-ey qualities that development can have. It becomes less about the contract and more about the relationship with the individual engineers and designers and marketing folks, the people in the pipeline at the organization trying to get this thing off the ground. It’s nice to feel like you’re part of a larger family in that way.