RobotCache has signed up 22 publishers with 700 games for its alternative PC app store powered by blockchain technology. The announcement shows progress in the past year from San Diego, California-based RobotCache, which famous game developer Brian Fargo and other veterans started in an effort to change the way people buy games.

RobotCache plans to launch its digital PC games platform, just like Valve’s Steam digital distribution service, sometime next year. The big deal about this is that it plans to give game publishers and developers about 95 percent of the proceeds from game sales, rather than just 70 percent as Steam and others do. RobotCache will compete directly with the likes of Steam and GOG, and it hopes to sign up the major competitors. 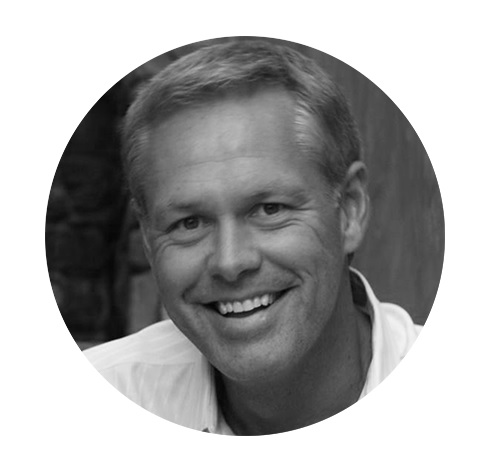 Above: Lee Jacobson is CEO of RobotCache.

The company also plans to let users sell their games to secondary buyers. In those deals, the publisher gets 70 percent, the gamer gets 25 percent, and RobotCache gets 5 percent. Normally, publishers get nothing from used game sales.

“Reselling games is huge, with the publishers getting a cut, and gamers being able to make money,” Lee Jacobson, CEO of RobotCache, said in an interview with GamesBeat. “Some users want to monetize their digital library. They can play a game for a few months and then sell it back. Then they can use it to buy more games.”

A year ago, this was all talk. It’s not quite happening yet, but it’s a lot more real than it was.

“We are talking to everybody in the industry now,” Jacobson said. “This means that we will have the largest launch library in the history of video games.”

Most of them were recruited in the past five months, after the company completed a lot of the work on the platform.

“Most people who saw what we did came on board,” Jacobson said.

Changes in the game plan 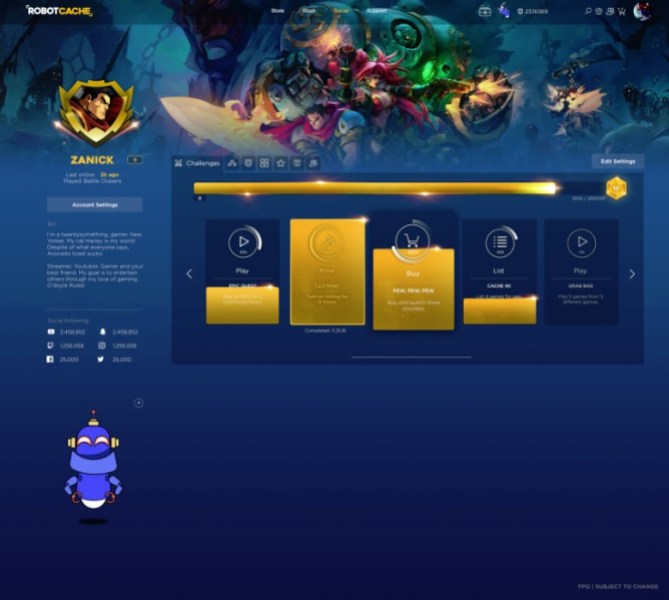 Everything turned out to be a lot harder in the beginning, as Jacobson said just about every publisher asked what blockchain — the decentralized ledger that is transparent and secure — was. Now, he said, they get it.

But it’s worth pointing out that some things have changed in the original plan. A short time ago, Microsoft, the operator of the Windows Store that still takes its 30 percent cut from game sales, acquired Brian Fargo’s other company, InXile Entertainment, a video game publisher. That might inhibit Fargo’s ability to compete with Microsoft via Robot Cache. For now, Fargo is still chairman of RobotCache, but he is very busy with InXile work, Jacobson said.

On top of that, RobotCache has scrapped its plan to create its own ERC-20 utility crytocurrency, which it was planning to call Iron. U.S. regulators is looking down upon new offerings of cryptocurrency tokens through fundraising processes known as initial coin offerings (ICOs).

“The U.S. government has [frowned] on the utility token approach, and we didn’t want to go down that road of upsetting governmental authorities,” Jacobson said. “So we moved away from the ERC-20 cryptocurrency.” 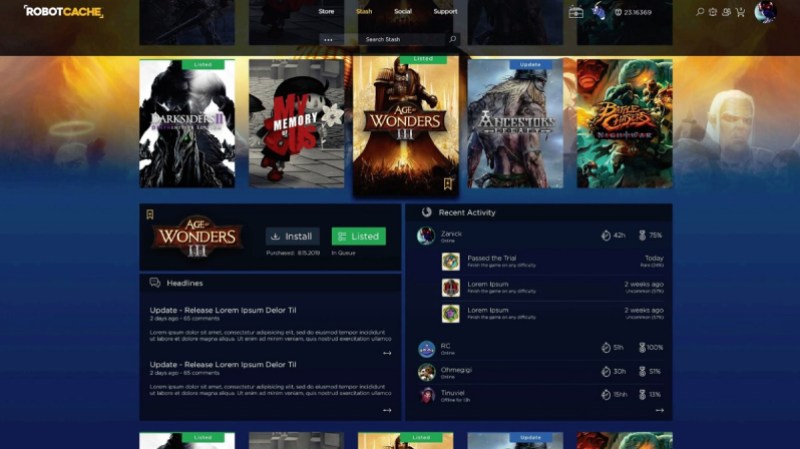 Above: RobotCache lets you buy games with Iron currency.

Iron is still a virtual currency that you can win via “mining,” or permitting your computer to be used for blockchain processes. You can earn Iron via mining that you can then use to buy games. But you will no longer be able to buy Iron as a cryptocurrency. And that’s probably not so bad, as crypto prices have cratered and that has inhibited a lot of transcations with such currencies.

That didn’t torpedo the RobotCache plan because game publishers said they would rather be paid in cash or credit cards, rather than in a cryptocurrency that was subject to big valuation changes, Jacobson said.

It did, however, affect one part of the plan. Originally, RobotCache hoped to play its publishers a lot faster than other stores did, thanks to the efficiency of blockchain and crypto exchanges. But now it will pay publishers using the same methods that other stores use. It won’t be any faster, at least for now.

Things that stayed the same — a 5 percent cut

But Jacobson said that the main benefit of the store is that it still only takes 5 percent for its cut. Even Epic Games, which launched the Epic Games Store last week, is taking a 12 percent cut of revenues. The secondary benefit of selling used games with publisher approval is also a big one.

These are, of course, areas where other blockchain alternative app stores can also be competitive.

“We welcome other stores coming to market because for too long, it has been a monopoly,” Jacobson said.

And, as mentioned, the Iron currency can still be used as a reward for mining and to purchase games. But it’s more like an airline mileage plan now, rather than a cryptocurrency.

“We are solving the hardest blockchain problems,” Jacobson said. “We hope to be one of the largest mining pools in the world with a big user base.”

One of the challenges ahead is getting bigger hit games to come to the store.

“People have a different sort of taste for different content,” Jacobson said. “There will be a combination of exclusives and big titles, as well as indie titles and good games that seem to come out of nowhere. We want to make sure we have a great playing field for everybody.”

Robot Cache plans to launch the platform sometime next year. It has deployed its Partner Portal, which will be used for online registration and analytics tools. Publishers can use it as a self-serve tool to submit games for approval and publication.

They can also use it to provide marketing assets and manage sales and reporting through robust analytics tools.

Robot Cache is ramping up toward the launch of Early Access, which is an opportunity for early adopters of the gaming community to gain access to the Robot Cache platform. Anyone who registers now and participates in Early Access will be a Robot Cache Founder, which access to rewards.

Besides Fargo and Jacobson, RobotCache’s leaders include Mark Caldwell(CTO), Laura Naviaux Sturr (CMO) and Philippe Erwin (general counsel and vice president of business development). The company has about 35 people altogether in San Diego and Barcelona, Spain.

Over time, Jacobson said the company will talk more about exclusives coming to its store.

“That topic comes up quite a bit,” Jacobson said. “We are in talks with everyone about that. We’ll have a lot more things to announce before we go live early next year.”