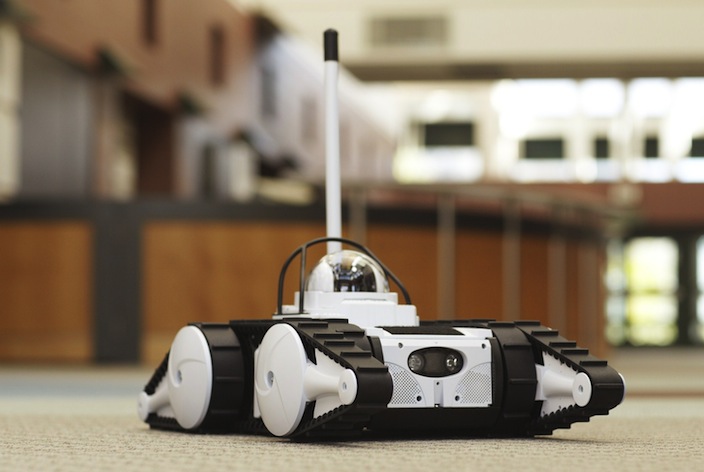 RoboteX, a California company building robots for “first responders,” has filled $2.06 million of a desired $5 million round of funding, according to a filing with the SEC.

Peter Thiel, along with RoboteX founder Nathan Gettings and chief executive Alexander Karp were listed in the filing. Though these three are named, the filing cites four investor who are unidentified.

RoboteX was founded in 2007 and creates robots without the use of government funding. Its line of “Avatar” robots are meant to help with security, sometimes in situations that could be dangerous for humans. The website lists examples such as serving papers to a dangerous individual, entering hostage situation, patrolling, investigating suspicious packages, and more.

The company also has a line of robots for the home and office that offer its own form of roving security system. You attack an iOS device to the robot, which you can then remotely control to survey the house on your behalf.

The robots also come with a line of accessories, such as a command center, carrying case, manipulator arm, and stabilizers for rough terrain. With the manipulator arm, the Avatar II almost looks like a tiny NASA Curiosity rover.