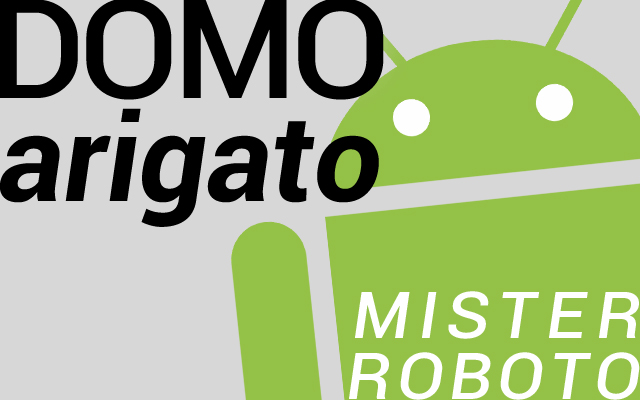 In the months to come, you will start associating the Android mobile operating system with beautiful design, if Matias Duarte, the Chilean-American designer who currently serves as Google’s director of Android user experience, has anything to say about it.

Google’s latest version of the Android OS (called Ice Cream Sandwich), which rolled out earlier this month, represents a drastic new focus on the visual. And a big part of that new aesthetic is Roboto, its custom-built humanist typeface that’s as lovely up-close as it will be on the screen of your mobile device.

“It’s a tremendous accomplishment to develop a typeface in-house and to do it with the constraints we had,” Duarte said in a long chat about the Android redesign. While the team had wanted a new typeface for some time, the Roboto face was designed and shipped within a short 6-month time frame.

The previous default Android system typeface, Droid, was created for different mobile landscape. “The standard Android typeface had been designed for low-res, low-density displays,” said Duarte. “The letters had to be very bold in their character: big strokes, regular rhythm, large x-height. Because at smaller sizes, the entire character is rendered so small that without strong characteristics, it becomes mush.”

The evolution of Android mobile devices is one case where hardware advances influenced design.

“Now, we’re approaching the kind of resolution that you’d get printing on paper,” said Duarte. “Droid was so exaggerated that it used up a lot of space on the page, a lot of leading. It ended up looking like a parody of itself, like a child actor with strong features who grows up to look like a caricature.”

Because the entire Ice Cream Sandwich UI is intended to feel like a glossy magazine, and hence has fewer structural elements, the interface is largely defined by the type. For the purpose of giving Ice Cream Sandwich its soul, most of the humanist faces Duarte and the team looked at weren’t structured enough, he said.

As a result, Roboto evolved to have more in common with a standard print design face like Helvetica than its actual digital predecessor, Droid Sans.

“The most interesting aspect of Roboto is the decision to a straight-sided grotesk,” said Duarte. “The letters o, u, e – they’re not pure geometric circles. They have this racetrack shape. That underlying geometry is what defines Roboto.”

On top of that, the team optimized the typeface to be as elegant in large headlines as it was readable for long spans of running text. “We wanted something as good for body text as a humanist typeface would be,” Duarte said. “We introduced quite a bit of variation in the lowercase letters.”

In the end, Duarte concluded, “I’m personally really delighted with what the team came up with. It has a unique character, you can have a discussion about some of the design risks. It’s not generic. But it’s also very effective as a design font. It really does let you appreciate the text and focus on your own content.”