Running automobiles into giant soccer balls has become a favorite pastime for millions of people all around the world.

Rocket League now has 25 million registered (not active) players. That makes it one of the best-selling games on PlayStation 4, Xbox One, and PC. This is an astonishing milestone for the indie game that has you playing soccer as a car. Developer Psyonix also confirmed that Rocket League has hosted more than 1 billion individual matches since its launch in summer 2015. Half of those games are part of the ranked competitive mode, which is likely a major key to its success. Rocket League has attracted an enthusiastic esports community, and that keeps fans engaged and coming back for more.

But it’s not just long-time fans of the game that are keeping Rocket League going (even if I do own it on three different platforms). Valve revealed last week that Rocket League was one of the best-selling releases on the Steam PC gaming platform in 2016. Sony also revealed that it was the most downloaded PlayStation 4 game on the PSN Store in 2016 for North America and Europe. That performance on PS4 is especially notable because Rocket League debuted as a free download for members of Sony’s PS Plus premium subscription service in 2015. Yet, in the following year, more people downloaded it on PS4 than any other game.

And none of this even touches on Rocket League’s retail presence, where it has stepped into the $30, impulse-purchase price range that was previously dominated by Minecraft. 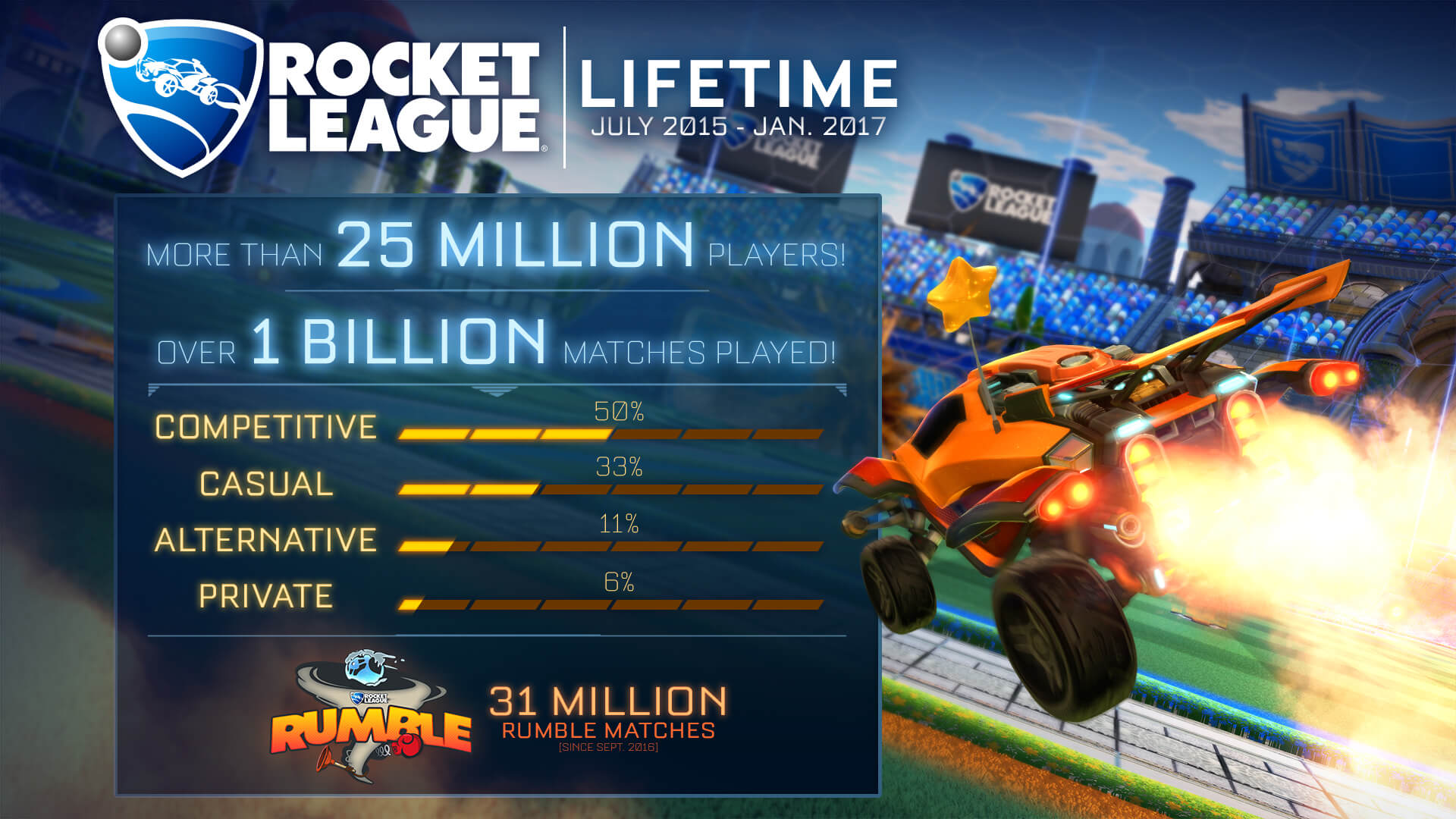 Above: Y’all have played a lot of Rocket League.

Rocket League’s sales clearly demonstrate that it is a mammoth, ongoing hit, but its engagement rate is probably the most impressive metric by which you can judge its success. On Steam, it’s almost always in the top-10 in terms of simultaneous online players. Today, according to Valve’s data, Rocket League has had a peak concurrent number of players of nearly 54,000. That makes it the No. 7 most-played Steam game, and it puts it ahead of games like Fallout 4, The Division, and Civilization VI. This speaks to Rocket League’s lasting appeal, which puts it on par with perennial favorites like Team Fortress 2, Ark: Survival Evolved, and Warframe.