RockYou, one of the world’s two most popular online photo and video widget makers, is introducing an ad network that will allow advertisers exploit RockYou’s reach across Facebook.

RockYou, like other large Web sites offering photo and video sharing, is looking aggressively to make money — and lucrative advertising can be difficult to come by. It is dependent on users who post personal and sometimes provocative material, many advertisers are willing to pay a few cents, if that.

Recently, its applications have become popular on Facebook. So one way to exploit this is to make money from other applications who have money to spend to promote themselves — a sort of Trojan Horse ad distribution model that has sneaked inside the walls of Facebook.

It’s just the latest in a series of moves by sites to attack Facebook’s 32 million-user platform to make money, with ad-network Lookery being a recent example of the same.

Under RockYou’s model, a large company that wants to launch an application to grow its brand presence on Facebook can pay RockYou to advertise on inventory RockYou makes available on applications it serves to users. 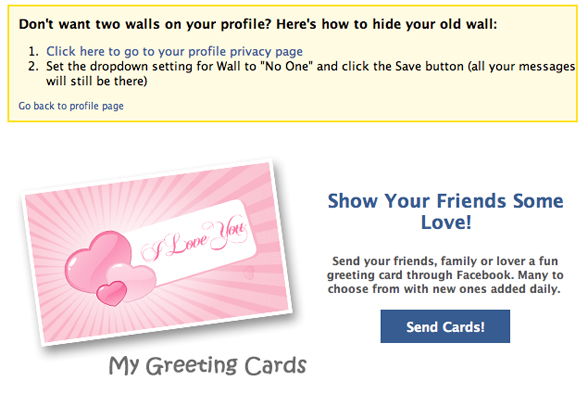 The application installation page has been bringing the company a conversion rate of $20 per 1000 user impressions, or CPMs, according chief executive Lance Tokuda. That’s a extremely high, compared to what RockYou and other companies gets for their regular ads — in part because it gets ads straight in front of users who are in a active, decision-making phase. 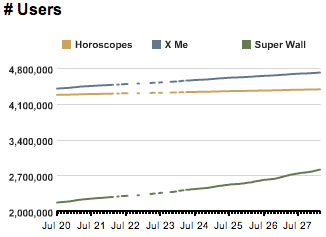 RockYou has eight applications right now (with two more in the works) and claims to have at least one of its apps installed by a third of Facebook users, including Horoscopes, X Me and Super Wall.

Tokuda has been publicly highlighting the company’s ability to cross-sell RockYou’s applications for weeks. The message is working: The company is set to announce Monday that a top brand will use RockYou to launch its own application.

Only around five percent of the 1500 application currently on Facebook are “viral,” Tokuda tells us.

Graph and table courtesy of Appaholic.