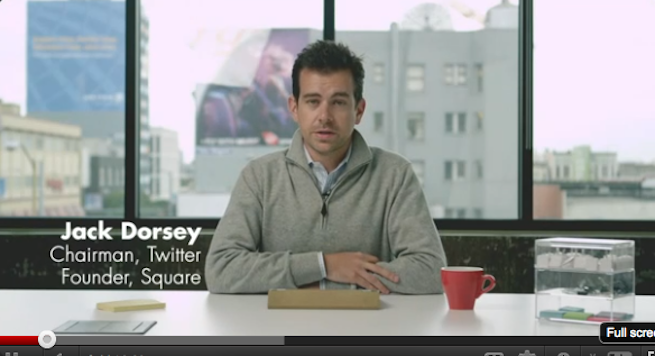 “It would be awesome if we could use technology to fix some of the problems that San Franciscans see everyday,” entrepreneur Jack Dorsey says in the opening seconds of a new viral video produced by storied angel investor Ron Conway.

Conway’s latest viral video fields ideas for how to use the latest tech innovation to improve the local transportation system, parking, public safety, the police department, public Wi-Fi, and more.

Conway describes the video as a “gift to San Francisco,” and it’s already making its rounds on the Internet, which isn’t surprising, given that the stars of the new video boast a combined 4.2 million Twitter followers.

In addition to Dorsey, creator of Twitter and founder of Square,  Conway convinced Biz Stone, cofounder of Twitter, Airbnb’s CEO Brian Chesky and Jawbone’s CEO Hosain Rahman to star in the video.

“We wanted to produce a video to bring the tech community together and raise awareness about Proposition E,” Conway told me. Proposition E is a payroll tax that many believe disincentivizes job creation in San Francisco.

According to Conway, the goal is to “save tech companies millions of dollars, encourage hiring, and help local small businesses.” He told me that in 2013, there will be an initiative in the city to educate and prepare local San Franciscans to take entry-level jobs at tech companies.

The video is a promotional effort for the San Francisco Citizens Initiative for Technology and Innovation, “Sf.citi,” a nonprofit that functions like a tech-centric chamber of commerce.

Conway commissioned the video from the same San Francisco-based production agency, Portal A Interactive, that produced the “Too legit to quit” video, where Conway publicly endorsed Ed Lee (a long-time friend to the tech community) for mayor, a post Lee currently holds.

Check out the video here: