Ron Conway, arguably the most prolific investor in new Internet companies, has shifted his attention almost solely to “real-time data” companies, saying the market will experience astronomic growth and a value reaching at least a billion dollars within three years. 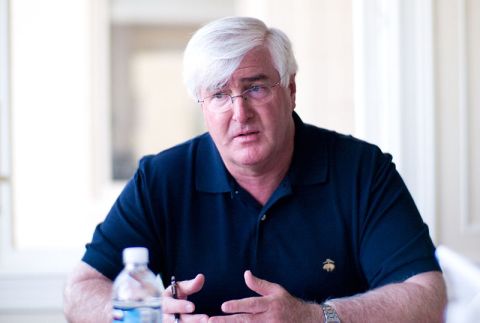 In a call with VentureBeat today, Conway said he has even restructured his fund to focus investing in this area, peeling off three investors including himself from his existing fund called Baseline Ventures. This group of three — Conway, David Lee and Brian Pokorny — will now invest from a fund called SV Angel LLC, similar to the name of Conway’s original fund from the late 1990s Internet bubble called Angel Investors LLC. His son Topher Conway and Kevin Carter will invest from Baseline’s fund. Together, the five partners (Baseline and Angel Investors) expect to make 40 to 50 new company investments over the next 18 months, with the primary focus on real-time.

Companies like Twitter and Facebook are seeing huge growth rates as visitors continuously share information about what they’re doing. This real-time information, which can be text, photos or video, can be searched and targeted by advertisers, and can be used for other market intelligence. Conway recently outlined ten ways the sector can make money.

The biggest opportunity for real-time companies is in search, because micro-blogging services like Twitter are creating  “huge corpus of data” that needs to be mined more efficiently than is being done right now by Google. In fact, Twitter doesn’t even allow Google to have full “firehose” access to the messages people are sending out on its feeds. Google can try to index the messages by following Twitter’s millions of users manually, but that’s extremely tough to do. Because Twitter shuts Google out from being able to search Web-based information for the first time, there’s space for other companies to exploit search.

Conway became known for his “portfolio investment strategy” during the last Internet bubble of the late 1990s, when he invested in more Internet companies than any other angel. The idea is that if you invest in enough companies that are riding the hot wave, you’ll get some home-run winners even if many are losers. Indeed, despite the crash and burn in 2000 and 2001, Conway actually managed to avoid significant losses, and even made money — helped by an early investment in Google. While some people have called his approach “spray and pray,” Conway says he actually invests in only one out of 40 companies he evaluates, and so there’s more diligence than it appears. Now, with five people at Baseline and SV Angel, Conway has a bigger team than ever.

A whole range of companies have sprung up to offer ways to tweet videos and pictures real time by using Twitter’s applications programming interface, or API, which is the glue between the platform and applications. Conway’s team has made more investments in this area than anyone else.  Investments that have a strong real-time component include Twitter, Rupture (which was acquired by Electronic Arts), HeadMix, Docverse, Kyte.tv, Scoopler, Topsy, Bit.ly, CoTweet, Fliggo, Factery, TweetDeck, and Twitvid.

He also has a bunch of other investments in Web companies where real-time technology could affect the business model, including crowd-sourcing comapnies like Digg, Hunch, ExperienceProject, Instructables, Pixazza, PBWiki, UserVoice, Wikia, iMob, Aardvark, Fotonaut, xobni and Seesmic.

Conway said that big companies Google, Facebook Microsoft, AOL and Yahoo will go after real-time aggressively. “You can’t ignore this space. I’m sure every one of these companies has a task force deployed,” he said.

He said the real-time oriented companies in his portfolio that have gained the most traction so far are Twitter, Aardvark, StumbleUpon and Caterina Fake’s new company, Hunch.

When asked why the traffic of some of his new companies, such as Topsy and Scoopler, are down considerably after their launches, Conway said part of the reason may have to do with the “hoopla around their launches.” Presumably, these companies get easy press when they launch, but struggle when the spotlight goes away especially if they are taking a destination-site approach.