Forbes confirms it bought Clipmarks – We broke the story of Forbes’ acquisition of Clipmarks in August. The purchase has now officially closed. The New York company is a social bookmarking service where you can select parts of a page to save, then share with others on Clipmarks’ home site.
Data integration software company Purisma bought by Dun & Bradstreet for $48 million — Pursima‘s software consolidates information about customers from multiple databases and applications. D&B, which provides a wide range of data to businesses, will use the technology to improve the integration of D&B’s data with its customers’ systems. Press release here.

Senate supporting cap-and-trade bill — A subcommittee of the Senate Environment and Public Works group narrowly approved legislation to set up a trading system for greenhouse gas emissions. The full committee may vote in the measure before the year is over, but its passage if it reaches the House isn’t as certain. For a take on cap-and-trade by one of its supporters, look here.

About a PIRATE and the Department of Justice — The PIRATE Act, which would bring the United States Justice Department to bear against file sharers, is back up for a vote by Senate and Congress (it failed to pass before). If the bill passes into law, it will put pressure against illegal file sharing. Proceeds from successful DoJ prosecutions would go to media companies. 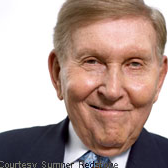 Viacom chairman says YouTube is bunk — In related copyright news: Sumner Redstone, who is also the chairman of CBS, is no fan of YouTube. “You cannot pay the rent posting videos on YouTube … [using YouTube] you cannot make it as a musician, you can’t make it as a filmmaker or writer,” he said at a conference. He may be right, if “you” refers to a company with production costs as high as his own old-media empires. More from his speech on Forbes here. His statements indicate that the incumbent media providers intend to keep fighting out their point of view on the internet, rather than working with startups.
Russia has Europe’s fastest-growing population of internet users — The number of users in the country grew 23 percent, from nearly 12 million last September to more than 14.5 million this past September, according to Comscore. More stats on the Russian internet ad business here. Russia has been seeing rapid economic growth largely through developing and selling its generous oil and natural gas resources to other countries. The average Russian is seeing some of this money in their pockets, which no doubt ends up in more people demanding internet access. How free of censorship the internet will remain in Russia is a big issue; the Russian government has chosen to crack down on media outlets that criticize it.

Rumor: Facebook tried to buy Chinese copycat Zhanzou for $100 million and was refused? — The rumor was reported in a Chinese newspaper (translated page here), but some don’t believe it. Facebook copycat sites have done well around the world, as we’ve noted. Zhanzou could have enough active users by now to be worth something to Facebook. Facebook is expanding globally and working on foreign-language versions of site.