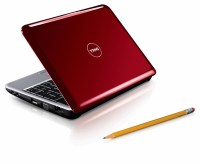 Dell beats forecasts, boosting stock despite loss in profits — The company reported revenue of $12.9 billion net income of $472 million, 24 cents a share, a 23 percent decline from last year’s $616 million net from $16.4 billion in revenue.  That’s 28 cents per share excluding costs associated with an in-process restructuring. Analysts had forecast $12.6B revenue and 23 cents per share earnings. Dell’s stock price jumped to $15.65 just before the close of trading, a 7 percent surge. The New York Times reports that analysts expect an upswing in corporate spending on Dell computers as the economy gradually recovers and aging equipment gets in the way of worker productivity and cost-effective IT.

Is the iPhone app market worth $2.4 billion a year? I read the same AdMob report as Om Malik, but Om homed in on the craziest biggest number in the thing: AdMob claims that the iPhone App Store is selling apps at a rate of $2.4 billion a year. Why didn’t I run that number? I guess because I don’t believe it.

Sirius introduces an iPhone dock to deliver satellite radio to auto drivers — The $120 dock, available this fall, is designed to plug into a car cigarette lighter. It will use a new connection system that plays the iPod through the car stereo. Customers will be offered the full XM lineup for $12.95 per month, plus a Best of Sirius option for another $4. Sirius’ customer base has dropped from 19 million at the end of 2008 to 18.4 million in June. The Wall Street Journal has the full story.

Phishing emails largely abandoned by fraud careerists — The Register reports that no one knows for sure what all the former phishing experts are doing now to make a living. But it’s definitely true that phishing emails have dropped off. Anti-virus firms are climbing on top of each other to take the credit for detecting phishing emails so well that they’ve put the crooks out of business. That seems to understate the extent to which Internet users have become smarter about emails designed to dupe them. The current crop of phishing emails has reduced its number of targets to two: 43.7 percent are aimed at tricking PayPal users. 13.1 percent target eBay users, as reported to the Register by Russian anti-virus firm Kapersky Lab. 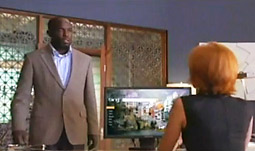 Ad agency sues other agency over its campaign for Bing — Delaware-based Denizen has filed a lawsuit against supersize firm JWT and its parent company WPP. Denizen claims that WPP breached a confidentiality agreement, and JWT stole Denizen’s proposed technique for blending a TV show’s content and characters into advertising, using Denizen’s ideas to create advertising spots for NBC TV show The Philanthropist. Business Insider reports that “Denizen says the ad agency and holding company not only stole its trade secrets for creating integrated ads — which include strategies for obtaining Screen Actors Guild contracts, methods for gaining access or rights to TV program content and ways to shoot the ads — but also made them publicly known due to the number of parties involved in the Bing campaign.”

Net experts who left Forrester join Altimeter — Jeremiah Owyang and Ray Wang were both Forrester analysts who focused on the Internet. Deborah Schultz went from marketing director at blog software maker Six Apart to social media expert for Procter & Gamble. All three have joined Altimeter, where they will bring Web 2.0 and social media strategies to clients of Altimeter’s consulting business. Altimeter will host a free webinar titled “The Future of Business” on September 10th.