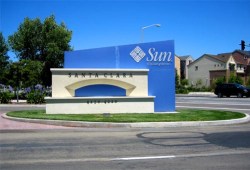 European Union begins antitrust probe of Oracle’s acquisition of Sun — The Wall Street Journal reports that uncertainty over Sun’s future has opened up the server and Java vendor’s customers to examining and buying alternatives from IBM, H-P, Dell and other large, seemingly more stable firms. “This is a golden opportunity that they won’t get back,” Forrester analyst James Staten told the Journal, “and they’re trying to get as many people switched as they can before Oracle closes the deal.”

Sony Walkmans may not really be outselling Apple media players in Japan — Don’t blindly repeat today’s headlines. Research firm BCN’s comparison of Walkmans to iPods sold in Japan shows the Walkman ahead for the first time in four years. But BCN doesn’t include iPhones in its count. Would that still leave Sony in the lead? I have no idea. Anyone? Gruber?

Help desk software-as-a-service provider Zendesk to move from Boston to San Francisco, cutting 27 of its 30 employees in the process — Series B investors Benchmark Capital, who’ve lent Zendesk $6 million to take it to the next level, demanded the company reboot itself out here. I’m not sure the idea of cutting nearly the entire staff and rehiring out here is a good one. Transplanted Bostonians like me are so much more grateful for every single sunny San Francisco day. And the foggy ones, too. (Update: A spokesperson from Benchmark called to say the firm didn’t demand the move, contrary to the wording in Mass High Tech magazine’s story that “The firm asked Zendesk to make the move.”) 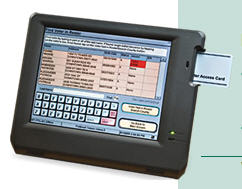 Diebold takes up to $55 million in losses as it unloads its totally hated and distrusted voting machine division — Renaming the machines from Diebold to Premier didn’t fool the company’s opponents, who’ve mistrusted Diebold ever since the source code for Diebold’s machines was leaked onto the Internet in 2003, revealing what a report from Johns Hopkins University identified as “unauthorized privilege escalation, incorrect use of cryptography, vulnerabilities to network threats, and poor software development processes.” Also, Diebold is headquartered in Texas — grounds for instant suspicion from Bush-bashing blue-staters. Computerworld has a concise report on Diebold’s deal with more successful election systems maker ES&S in Omaha.

Sometimes, a shining example of what not to do is the best instruction — It can’t be easy working for Nokia, the cellphone supergiant that outsells its next three competitors combined. I mean, where do you go from there? But Singapore-based journo Jeremy Wagstaff couldn’t restrain himself from picking apart a Nokia video that seems like an attempt to embrace viral marketing, but instead demonstrates how out-of-place tech industry marketing jargon is on the cruel, cruel Internet.

Here’s how not to do it: put a guy from the PR department in front of one of the senior folks and let him babble. The result is always awkward half sentences linked rehearsed (and usually quite obviously, and badly) lines from some media training session that ooze jargonish phrases that a real journalist would never let pass.

Things like these (with their translations alongside) from the Nokia Booklet 3G interview with John Hwang, its designer.

“nokia’s all about connecting people” = we make mobile phones