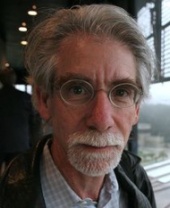 Dan Farber takes the helm at CNET — One familiar figure is stepping aside for another at CNET, where long-time editor-in-chief Jai Singh is ending his long rule over the editorial arm of the media company. Farber, a veteran journalist and former EIC at some of the tech world’s most recognized publications, takes on the role at a time that CNET is struggling with activist investors including Spark Capital and Jana Partners. His own thoughts on the transition are here. (Image by Scott Beale of Laughing Squid.)

Mozilla launches new subsidiary to improve email — The Mozilla Foundation, which makes the Firefox browser, has launched a subsidiary called Mozilla Messaging that will work on improving the Thunderbird email client, another of the company’s products. In a painfully vague blog post, David Ascher, the CEO-to-be of Messaging, says that the new division will give Thunderbird the kind of attention Firefox has always gotten, adding new features and opening it to more contributions from outside developers. Despite the vagueness, as a major competitor to Microsoft Outlook, a next-generation version of Thunderbird may (eventually) be big news. 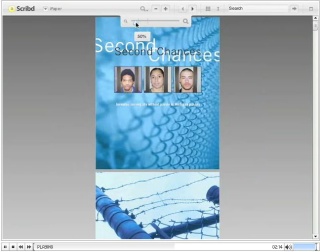 Scribd creates iPaper, an Acrobat competitor — Does clicking a link only to find it opening up a PDF file in a separate window bug the hell out of you? Scribd is hoping it can tap into that pain point to get a foothold over Adobe’s Acrobat, with a new document viewer called iPaper that will be embedded directly in web pages. The viewer will be able to display a variety of formats including normal text and Powerpoint presentations and, get this, advertisements powered by Google Adsense, without requiring a download. The app is quite similar to Macromedia’s FlashPaper, which Adobe effectively abandoned when it acquired that company. Ironically, iPaper is also made with Adobe Flash.

Hewlett-Packard has an excellent first quarter — Giant computer maker HP had an excellent first quarter, especially as compared to the recent earnings and stock performance of most of its compatriots on the NASDAQ. The company saw a small bump in North American revenue, accompanied by a jump in Asia and Europe. It’s often considered an indicator for the enterprise sector, so strong results coming now from HP suggest that the recession might not be so bad after all, at least for tech.

Tesla Motors pulls in another $40 million — Electric car maker Tesla has taken another $40 million, raising total investment in the company to date to $140 million, as we briefly mentioned yesterday. The lead investors were Valor Equity Partners and Elon Musk, the company’s chairman. Tesla is shooting for $250 million more over the next two years, and the launch of a new model; for more details, see yesterday’s article.

Two major carriers unveil new unlimited wireless plans — Verizon and AT&T now both offer unlimited-use wireless plans, starting at $99. Directed at the high-end market, the new packages are a significant step away from the set-minute “buckets” that the largest carriers have favored to date. They mark a further move toward using value-added services like applications and data as the major differentiator between wireless plans. 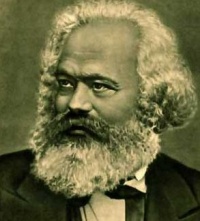 Oligarchs, proletariat run amok in Silicon Valley; middle class vanishing — Petit bourgeousie, where art thee? Recent employment figures for Silicon Valley show that overall employment levels are rising, but jobs in the $30,000 – $80,000 earning range are on the decline. Worse, the job growth for low-end earners  making less than $30,000 was at five percent, while growth for the $80,000-plus group was at only one percent. This might have something to do with an increasingly common business model: One well-paid CEO, one small army of interns.

Suck carbon dioxide from the atmosphere to make fuel — A couple of new schemes hope to pull carbon dioxide from the air to create an alternative fuel. The idea reported here by the New York Times involves using a nuclear plant as the power source for the electrochemical reaction that would produce the fuel, though, so don’t plan on seeing it any time soon.