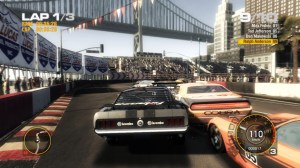 These graphics don’t compute: Nvidia stock fell 19 percent in after-hours trading today after the company disclosed some big problems with its second-quarter performance. The company said it will take a charge of $150 million to $200 million for high failure rates in certain models of its graphics-processing units and its chip sets. It blamed heat problems on weak materials used to attach the chips to their packages in notebook computers. The company is also being hurt by poor demand across the globe, a delay in producing a next-generation chip set, and price cuts. Advanced Micro Devices also recently introduced a competitive graphics chip for the first time in more than a year. Analysts had expected Nvidia to report revenue of $1.1 billion, but the company now says its revenue range will be $875 million to $950 million.

Debate on the Long Tail reignites: Wired editor-in-chief Chris Anderson has gotten a lot of mileage out of his thesis/book “The Long Tail” that argued there is more money to be made in niches than with big hits thanks to the internet, which gives you the potential to hold gazillions of books, movies etc. in perpetual store shelves. But the Harvard Business Review just published a piece by professor Anita Elberse arguing that the two-year-old book is hogwash and that the Internet is actually doing the opposite of what Anderson says. She says the hits are as big as ever and are thus a better investment than niche plays, just as is the case in the physical world.

Google wins a round against Viacom, users and privacy advocates lose: Google came out ahead when a federal judge ruled Wednesday that it doesn’t have to share source code for search functions on Google-owned YouTube with Viacom. Media giant Viacom had asked for the code as part of its $1 billion copyright-infringement lawsuit against Google in 2007. Viacom argues that Google allows users to post pirated videos or content owned by Viacom without doing much to stop them. Google won this particular legal round on the argument that its source code was a trade secret that can’t be disclosed without the risk of losing business. However, users lost out — the judge also granted Viacom’s motion that YouTube has to turn over the login information and IP address of every viewer of YouTube videos.

IBM acquires mainframe rival PSI: One way to make a nasty antitrust problem go away is to acquire the folks who are complaining about you. IBM is doing just that, saying it will acquire Platform Solutions Inc. for an undisclosed price. PSI had been complaining to European Union regulators that IBM was behaving in an anti-competitive manner in the mainframe computing software market. The Computer & Communications Industry Association said that antitrust regulators should review the “extinguishing of competition in the mainframe market.” IBM said PSI’s revenues are too small to require a review.

Antitrust regulators review Yahoo-Google deal: The Justice Department has issued civil investigative demands asking for more information to examine whether the Google-Yahoo alliance on search breaks any antitrust laws. Under the deal, Google will provide some of the search results for users doing searches on Yahoo’s sites. Legal experts say that the demands, which carry subpoena power, show that the investigation has moved beyond a preliminary phase. Yahoo is hoping that the deal with Google will generate $800 million in new revenue, since Google’s search ads are far more valuable than Yahoo’s.

Judge unseals Facebook-ConnectU transcripts: U.S. District Court judge James Ware ruled that reporters will have access to redacted transcripts of hearings in the case between Facebook and ConnectU over whether Facebook CEO Mark Zuckerberg ripped off ConnectU when he started Facebook. ConnectU sued a while back saying that Facebook owed it money for the purloined ideas and it wanted legal damages from Facebook. They settle the deal, but ConnectU wanted to reopen the case when it said it found more evidence of fraud. Ware ruled earlier that there was no reason to toss out a previously negotiated settlement between the two companies. ConnectU wanted to re-open the settlement because it found new evidence.

Adobe’s PDF format standardized: The Portable Document Format from Adobe is one of the most commonly used formats for electronic documents and it’s now an ISO international standard. That means it meets standards for openness and can be used in a wide array of scenarios such as government contracting.