iPhone coming to T-Mobile this quarter? — Cult of Mac reports, based on a source close to the matter, that T-Mobile subscribers will soon be able to use the iPhone — with an 80 percent chance that this will happen within the quarter.

SeatGeek raises $1M — TechCrunch 50 finalist SeatGeek, a service that predicts the prices of event tickets on the secondary market, has brought in $1 million in a first round of funding from Founder Collective and NYC Seed.

Google shells out for lobbyists — The search giant reportedly spent $1.34 million on lobbying activities in the second quarter, a 41 percent increase from last year at this time. TechCrunch has the details.

Salesforce draws Facebook into its fold — The enterprise software maker has just brought the social networking giant aboard as a customer for its customer relations management offerings, particularly its Sales Cloud 2 product.

VW buddies up with Tesla co-founder — Volkswagen has a plan to get plug-in electric vehicles on the road by 2013, and in order to do it, it’s formed a partnership with the Electric Research Lab in Palo Alto, Calif., headed by Tesla Motors co-founder and former CEO Martin Eberhard.

The father of the internet on the future of the smart grid — Earth2Tech takes a closer look at a video clip of Vint Cerf talking about how the next generation electrical grid needs to be distributed and highly collaborative. Check it out here. 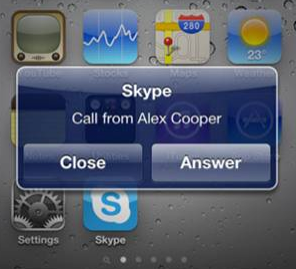 Skype gets multitasking — The online calling service has updated its iPhone application to allow for free calls over 3G, and to send push notifications when you receive a message or call over Skype even if you are using another application.

FTC and Intel needs more time to settle — The Federal Trade Commission and Intel are both requesting more time to reach a settlement in their high-profile antitrust suit. The deal was supposed to come this week, but talks are ongoing.