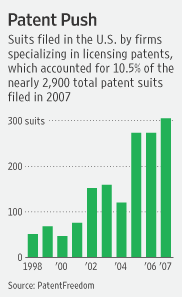 RPX Corp takes on patent trolls — The company is buying patents to keep them from so-called “troll” companies that use patents for lawsuits or to collect licensing payments. Companies that pay a fixed yearly fee to RPX get licenses it holds; RPX pledges never to assert the patents. IBM and Cisco are already partners.

Is Microsoft Live Search getting a new name? — Maybe it will be changed to Kumo, Japanese for “cloud” or “spider?” LiveSide has a look at the evidence.

GigaOm leaves ad network Federated Media for IDG — The Silicon Valley tech blog has a number of niche sites focused on various verticals, that it believes tech-media conglomerate IDG is better suited to sell for.

LinkedIn finishes rolling out new search features — A process it began a month ago.

Facebook looking for Marketplace partner — The company’s in-house classified service hasn’t been a big hit, and it’s been looking for a partner to take it over. It may have found one, as TechCrunch hears it could relaunch as early as the end of this year.

Flaw discovered in some versions of Vista — It could cause Microsoft’s latest operating system to crash, or become exposed to intrusion. A fix is expected in the company’s next service pack update.

Estimate: More than $276M of cybercrime services advertised in a year — The latest study by security company Symantec, here.

Lessons on startup survival in a recession — Assembled by academics who studied the dot-com bubble bursting.

Widescreen video comes to YouTube — The site’s video player is now 960 pixels wide, giving some videos more room to play. Most videos, however, will just have the extra space blacked out. The viewer experience for grainy concert footage hasn’t been greatly affected, as the screenshot below shows: 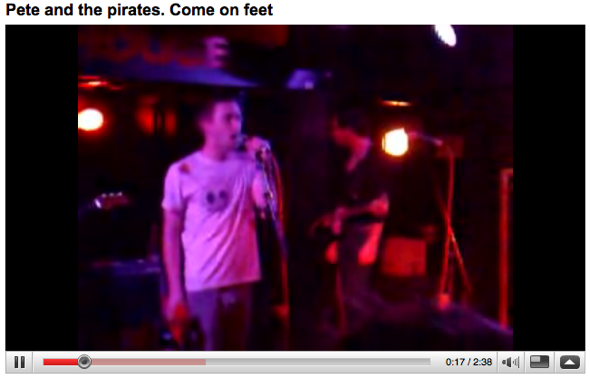