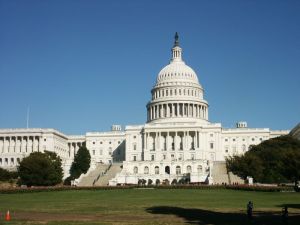 Senate to vote Wednesday on revised bailout bill: The U.S. Senate will consider a new bailout bill with provisions that have been praised by House Republican leaders. The new provisions include tax breaks for businesses, alternative energy incentives, and a higher $250,000 cap for government insurance of bank deposits.

Easy go, easy come: Stocks bounced back on Tuesday after a disastrous Monday. The Dow rose 485 points on Tuesday, a day after it gave up 777.7 points. Investors are optimistic that a bailout deal will happen. And perhaps they overreacted on Monday.

Slide cuts deals with big media firms: Slide has arranged distribution deals with CBS, Time Warner’s Warner Brothers division, and Comcast’s E! channel, according to the Wall Street Journal. I guess we’re going to see sheep flying all over the place, as that’s one of the video/picture sharing company’s contributions to the modern world. 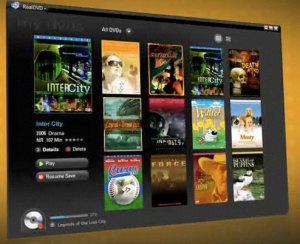 Hollywood sues Real Networks: Seattle-based Real Networks unveiled its RealDVD copying program at DEMOfall 08 earlier this month and sued the Hollywood studios. Now, of course, Hollywood is counter-suing for copyright infringement. But Real Networks has precedents on its side. Namely, Kaleidescape won the right to copy DVDs into its hard drive arrays for consumers to build their own DVD libraries. The Wall Street Journal has more.

Netflix launching its API tomorrow: The mail-order DVD rental company is opening up its user movie-rating platform to third parties who can build new applications around it.

Toxic Mac Pros? A French publication warns that your Mac laptop emits benzene that can be hazardous to your health.

Aha! So that’s what you’ve been watching: New YouTube Insight gives you analytics over span of time. It tells you which videos are hot, including the most popular segments of a video.

Pandora celebrates bill passed by Senate: A day after the House of Representatives acted, the Senate approved the Webcaster Settlement Act, the legislation that lays the groundwork for Web radio stations to negotiate reduced royalty rates for the songs they stream over the Web. Web radio firms like Pandora supported the bill.

Are these start-ups best positioned to weather downturn? Techcrunch says this list will survive. 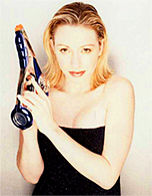 You can’t stop this guy: Marc Andreessen joins eBay’s board.

Charles Simonyi signs up for rocket ride: The famed ex-Microsoft technologist will head into space again aboard the private SpaceAdventures rocket — for the second time. It’s as good a use of $25 million as any.

Ride the Shanghai express: AMD says that its new Shanghai server chips are ready to go.