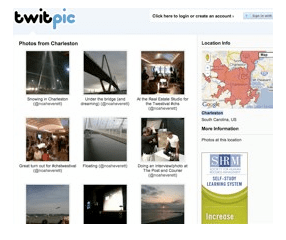 TwitPic gets into Places — TwitPic, the photo service piggy-backing on the micro-blogging site, has introduced the “Places” service that tags photos with specific places they were taken, like restaurants or other venues.

Yahoo exec departs for greener pastures — Larry Cornett, Yahoo’s vice president of search consumer products, has left the search engine. It has been laying some people off lately, but it’s unclear whether he was one of the casualties.

IE beats Chrome in speed test — Despite all the advertisements demonstrating Google Chrome’s ability beat lightning strikes and the like in speed, it failed to beat Internet Explorer 9, which just beat the browser in a speed test. You can find a demonstration here.

Mozilla won’t run native code — Mozilla’s leadership says that it is going to avoid any application that wants to run native code within its browser, including Firefox and Adobe Flash.

Google disappears Android apps — The search giant has done away with two Android applications that have failed to meet its terms of service. Basically, they billed themselves as delivering services different than what they actually provide. PCWorld has the story. 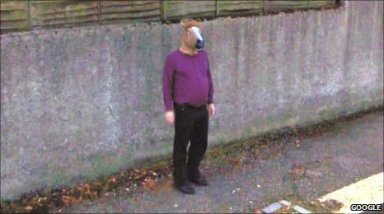 Google Street View’s horse-boy — Google Street View’s van cameras caught footage of a man with what appears to be a horse mask, dubbed “horse-boy.” A lot of people are curious about who he is and what he is doing, but no answers have emerged. Learn more on the BBC.

Amyris brings in $139M via Total deal — Amyris Biotechnologies, maker of biofuels from non-food feedstocks that recently filed to go public, has raised $139 million from French oil Titan Total, which bought a 17 percent stake in the company. Earth2Tech has the details.