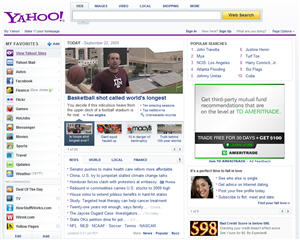 Poking around Yahoo made me realize that despite myself, I use Bing once in a while instead of Google. Can Yahoo get me to do that? That’s their plan.

Yahoo wants me to keep its home page open to the full width of my screen, and then use the buttons on the left to do stuff. Seriously, is there a way to move them to the right side of my screen? Crossing over with my mouse feels like an awkward way to start a new task on a different part of Yahoo.

Swear-mouth CEO Carol Bartz told assembled journalists and bloggers in Manhattan on Tuesday, “When you get outside New York and Silicon Valley, everyone loves Yahoo. I just want to transplant all of you guys out of your cynicism. What is wrong with you guys? Go be cynical about friggin’ Google.” Carol, call your next friggin’ meeting at a Red Lobster in Omaha. I think Matt would expense that for me. 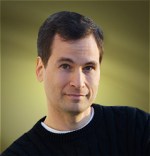 Bloggers are so sure The New York Times is irrelevant that they can’t stop talking about it — The Times’ gadget reviewer David Pogue is taking his turn this month through the NYT-writer wringer, after both the Times’ ethics watchdog and Fake Steve Jobs pointed out that Pogue has a conflict of interest when reviewing products, like Apple’s dubious Snow Leopard operating system upgrade, for which he also writes user manuals. The Times’ self-reported conflict of interest was the point of entry bloggers outside the Gray Ladys’ gates have waited for. [Disclosure: I write features for the Times, so I’m kind of Pogue-biased.] 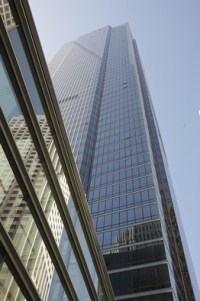 Pogue has said that he makes more money from the manuals than from writing for the Times. That’s probably why so many not-as-rich-or-famous-as-David-Pogue writers are pouncing on him. It’s bizarrely fascinating to watch. I recommend this The Week in Tech podcast that goes on forever, comes with a transcript, and includes a few mentions of VentureBeat’s role in outing show-stopper bugs in Snow Leopard.

One more thing … who’s the marketing genius who thought up Snow Leopard? I’m guessing you don’t have kids around the house. They’d be calling it Snot Leopard no matter how good it is.

VC superstar Tom Perkins seals the deal on his high-rise condo — $9.35 million buys a 4,800 square foot residential condo on the 60th floor of the Millennium Tower (right), the new high-rise (for San Francisco) building. Perkins got the prime unit on the floor, a Millennium spokesman said. He’s still in the design phase, but the guy’s got private dining service from Michael Mina’s RN74 downstairs.

Did you see that trick that turns Internet Explorer into Google’s Chrome browser? Yeah, so did we.