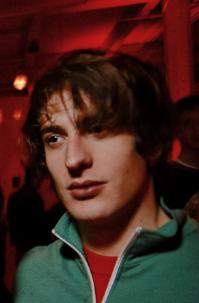 Facebook may now be the largest social network in the world, and it may be continually innovating with nice new products like its Twitter-like iPhone application, but more and more beloved early employees are heading out the door. The latest rumor I’ve heard is that the head of the company’s data analysis team, Jeff Hammerbacher, has given his final notice. Facebook has confirmed.

Hammerbacher is one of company founder Mark Zuckerberg’s acquaintances from Harvard, and was recruited out of his Bear Stearns analyst job on Wall Street. He built the “Data” team at Facebook from the ground up. This team plays a vital role in analyzing the site’s users’ behaviors, finding things like changes in traffic patterns and other information needed to make any product — and increasingly business — decision. Hammerbacher’s team has also helped build out the company’s software infrastructure, and it has contributed two open-source software projects to the public. More details on his LinkedIn profile.

Previous early and crucial employees who have recently left include former chief technology officer, Adam D’Angelo, and former all-purpose business and product leader Matt Cohler, both of whom were, like Hammerbacher, widely respected within the organization.

Why all these departures, now?

One possible reason I’ve previously covered, a financial one, is that these employees likely received a form of stock that they’re allowed to resell even though Facebook is still a private company. While Facebook is valued somewhere between $3.75 billion and $15 billion on paper, these shares would have been originally valued at well less than either number — meaning the shares could be resold for a substantial profit.

A related reason is that the early employees are increasingly doubtful about the company’s shot at becoming a big business. Given the geeky, we’re-making-the-world-a-better-place sentiment at the company, I doubt this, although social networking skeptics most certainly won’t agree with me.

I’ve separately been hearing a more troubling reason for these departures. It’s that the top former Google employees who were recently recruited to Facebook, new Chief Operating Officer Sheryl Sandberg and new Vice President of Communication and Public Policy Elliot Schrage aren’t jibing with many of the earlier Facebook employees. Neither of them are engineers, while basically all of Facebook’s original team were.

Still, with Facebook’s continued growth on the web, and on mobile devices, it seems Hammerbacher would hardly have become bored. And given his early position, it seems less likely that the new suits would be crimping his alpha-geek style. A quick look at Hammerbacher’s personal blog shows him recently seeming pretty enthusiastic about his Facebook job. (Tangential aside: I’m told he’s childhood friends with video-site Vimeo cofounder and College Humor employee Zach Klein.)

And then again, these guys may be leaving for entirely personal reasons that have nothing to do with the company.

Anyone else know why he or other of Facebook’s early leaders have been leaving? Let me know: eric at venturebeat dot com.