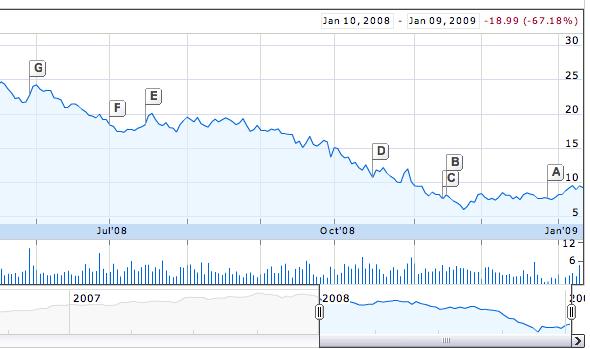 Expedia, a publicly traded travel planning site, may be going private, we’re hearing from within the financial bowels of New York. This is just a rumor but we’re publishing it anyway because the move could make sense, and our readers deserve to know the idea is out there.

Expedia’s site is from another era, by which I mean the 90s. It’s boring and it hasn’t changed much in recent years. A range of smaller travel sites have sprung up, meanwhile, that offer sophisticated new features for helping people save money on travel. Farecast, for example, predicts future airline ticket prices for trips you’re interested in making (and Microsoft bought it for $115 million). Expedia has also seen its share price plummet over the last year, presumably because people have less money to spend on traveling. Given the ongoing recession, it’s hard to see when travel spending is going to go back up.

What’s more, Dara Khosrowshahi, the longtime chief executive of the company, is a known deal-maker. It would be well within his nature to make a move like this.

By going private, Expedia would be freed from trying to meet investors’ quarterly revenue expectations. It could then focus on revamping its product to compete with the new competition. Then, when the market improves, it could go public again.