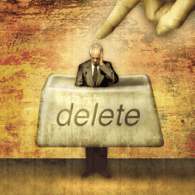 Unsubstantiated rumors are swirling that Microsoft is planning layoffs next year (something we’ve heard too from a good source). One blog, Fudzilla, claims to hear that the company is preparing to lay off as many as 15,000 of its 90,000 employees — around 17 percent of its staff — before its quarterly earnings report on January 22. Another blog, Mini-Microsoft, has published a long list of quotes, off the record comments and other insider info that indicate layoffs may be happening — or not.

A Microsoft spokesperson declined to comment when we asked about imminent layoffs, so we don’t really know anything yet. The only piece of tangible evidence we have is that Microsoft isn’t going all out at the Consumer Electronics Show (CES) next month. Chief executive Steve Ballmer isn’t throwing the company’s usual dinner with the press this year, and executives for the Xbox won’t be available for interviews.

Given the economic circumstances, cutbacks of some sort wouldn’t be surprising. First in line is probably the person responsible for making Zunes work, given the epic failure of the Zune last night.