Available on Android and iOS, Runkeeper Running Groups can consist of up to 25 people, with new members able to join or leave at any point.

Once a new Running Group has been set up, you select a challenge, such as a set number of runs over a given week or a total distance traversed in a week or a month. As each member of the group completes a run, notifications are sent to everyone, and there is also a new group-chat feature to engage in a little friendly banter. 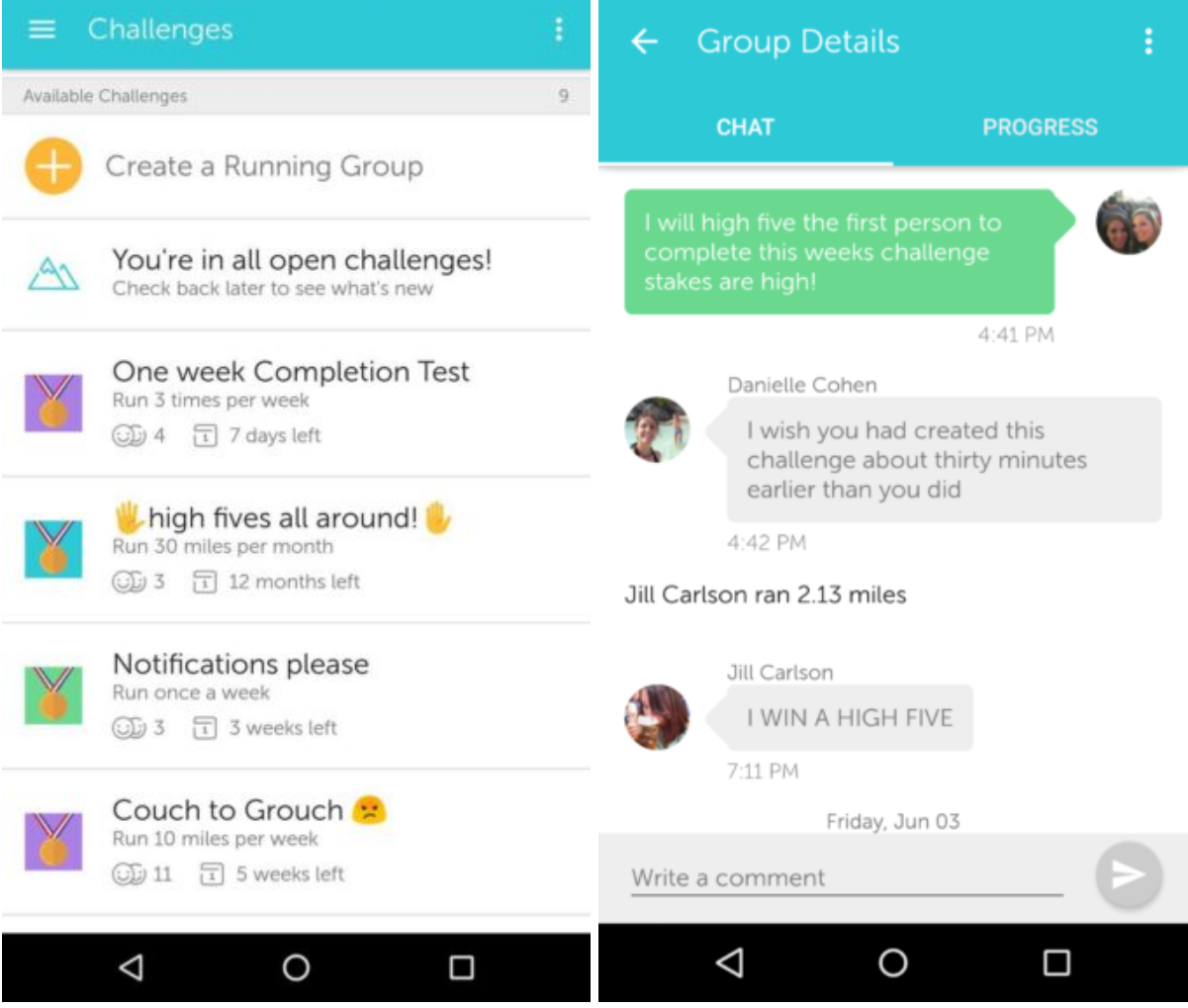 RunKeeper is a veteran of the smartphone world, having introduced its first fitness app shortly after Apple’s App Store launched in 2008, and today it claims more than 40 million users across all platforms. The Boston-based company was snapped up by sportswear giant Asics back in February for an undisclosed amount.

It’s true that running solo can be a lonely affair, which is why running clubs are popular in many local communities — they can be a good way to meet new people, but more than that, running in groups encourages you to push on and reach goals you otherwise may not have achieved.

And this is what Runkeeper is essentially trying to replicate. Though users are, of course, still running solo, with group chat features, shared goals, and leaderboards, Runkeeper is striving to recreate the camaraderie and “drive” that naturally emanates from real-life running clubs.

Running Groups is a great feature, for sure, but one potential issue is that friends often don’t use the same running apps — I use Runtastic, and others may use Nike+ or Endomondo or any of the countless others. This is one issue Runkeeper is looking to tackle — by offering a truly social feature, replete with messaging and shared targets, it hopes to serve as the social glue for running buddies located in different locations and encourage people to “lure” their friends over from other apps.

Meanwhile, you can check out the new Running Groups feature in the demo video below.