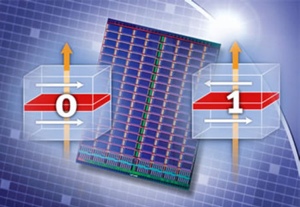 The Russian government is investing $245 million into a Silicon Valley company called Crocus that is building MRAM, a chip memory technology that supporters say will soon blow away the two existing technologies, DRAM and Flash.

The technology is being closely watched because it is expected to replace the memory in everything from smartphones to PCs and industrial robotics.

MRAM, which stands for Magnetoresistive random-access memory, stores data in layers of magnetic material and has superior properties compared to both DRAM and Flash. It does not lose data when power is shut off (making it better than DRAM, which stands for dynamic random-access memory), and it uses relatively little power while remaining extremely fast (making it better than Flash).

Those qualities have people refering to it as a potential “universal” memory; once fully developed, it could dominate all forms of memory.

It’s been around for years, under development, but it’s never really broken through — in part because few investors have been willing to invest the hundreds of millions into building a fab to produce the MRAM chips. 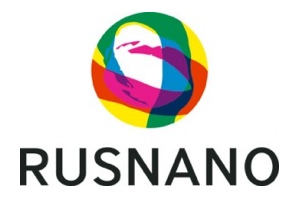 That’s changing. A group of companies, including Crocus, EverSpin and Gradis, continue to push the technology forward. And the Crocus deal, announced this week, benefits from the significant cash reserves of the Russian government, which is eagerly looking for ways to invest its oil money into high-technology projects. It wants to do this in order to diversify away from oil, which is highly volatile in global markets, and Russia’s dependence on it throws the country into periodic booms and busts.

In fact, the deal follows directly from the visit to Russia by a group of U.S investors last year (I was lucky to have trailed along). One of those investors, Eric Buatois, a partner at Sofinnova Ventures, is the largest investor in Crocus, and he subsequently spent almost a year negotiating the deal with Rusnano, the state-owned entity that is making the $245 million investment. The deal also includes a $55 million investment by Buatois’ firm and the rest of the company’s existing backers, making for a total investment of $300 million. Crocus had already raised $60 million.

In some ways, this is the perfect sort of deal for the Russians. They’ve been eager to invest in nanotechnology (the joke is that Russian entrepreneurs seeking funding for their startups are throwing the word “nano” on their business plan), and this at least resembles nano.

Rusnano has invested around $4.5 billion into about 100 projects, including a $700 million investment into a factory for the DEMO-alum Plastic Logic to build plastic displays.