Sam Barlow’s interactive movie game Her Story won numerous awards in 2015 because it was a novel way to tell a story about a police interrogation of a woman suspected of murder.

In this case, a woman gains access to a trove of data collected by the National Security Agency through surveillance. As a player, you have to search through the data to piece together a story of what happened, including why the people were under surveillance. The trailer says players have 96 lies to decipher and one big truth to uncover.

Barlow is dropping a few hints of what it’s about and how the gameplay works. But he wants to preserve some of the mystery for the game, which comes out later this year. Here’s an edited transcript of our interview. 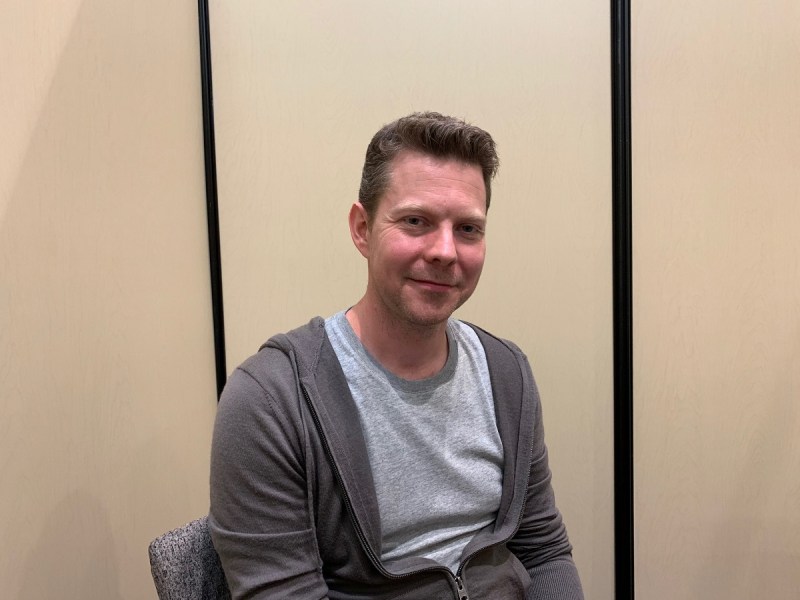 GamesBeat: Tell us what this is about.

Sam Barlow: This was our attempt to show some of the texture and color of it, and our cast, without actually revealing anything. That was the goal. The whole project is — I made Her Story somewhat — that was a process that was somewhat naive, or at least intuitive. At no point did I stop and interrogate some of what made that game interesting. It always made sense. Even the fact that I was using live-action video in a game, and using it in a way that was different to how most people have used live action. It just emerged out of the process and make sense and felt cool to me.

Then I released that game, and people said, “Wow, why did you make an [full-motion video] FMV game?” I didn’t actually realize that was what I was doing. It was just a series of decisions I made. I didn’t immediately want to do a direct sequel to that game. It’s one of those things where, if you make something particularly different, you have that question of, is this a one-off? Is it a genre? Is it something we can dig further into and play with these mechanics?

I allowed myself to have some space. With perspective and distance, looking back at Her Story and figuring out what was interesting to me about what I did there — what are things that, now, having done that one — I think there are interesting things I can do. For me, a lot of those questions were — people would call that game an interactive movie and compare it to that whole tradition. I would struggle with that, because it’s not actually very movie-like. It has filmed performance and uses video, but it’s very much a different take on it.

This game was me really interrogating that and saying, “What is interesting about serving the story up through these bits of video?” Giving people that non-linear way of searching through it, having them pay attention to what’s being said in the clips and using this kind of leap pad that allows them to teleport around the narrative. Really doubling down on that. 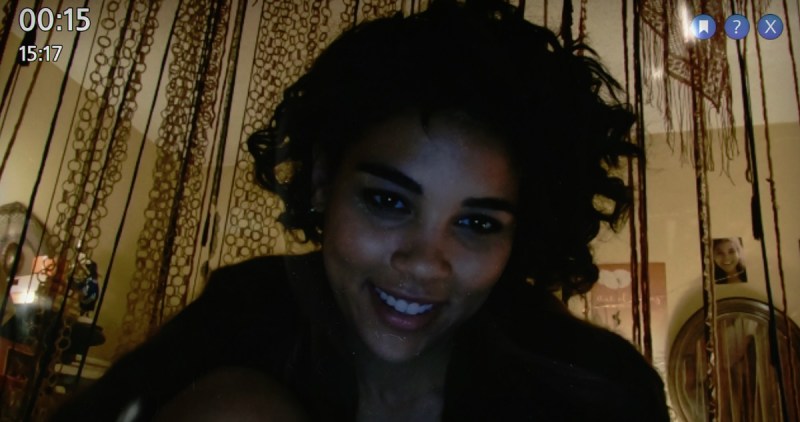 This game is about the four characters we just saw there (in the trailer), four main characters. A series of relationships that connect them. We have these discrete stories that bounce off each other and intersect. The whole format here is, you’re watching conversations that occur over the internet. You’re seeing people Skype each other. You’re seeing cell phone footage. You’re seeing a few other bits and pieces of camera stuff. But it’s all these intimate conversations between people in these domestic spaces. It’s the equivalent of pillow talk. It’s people in relationships, husbands and wives, fathers talking to their daughters.

It’s a texture that’s very non-video game. Most video game stories are about the big action beats. They’re about people going off to war, post-apocalyptic things, big dramatic scenarios. This is going in the opposite direction, digging into the minutiae of their lives, seeing them in private contexts talking to each other.

GamesBeat: It’s a small cast, too? Not a large movie cast.

Barlow: There are slightly over 30 speaking roles. The interesting is that we have a story where there isn’t necessarily a single lead character. It’s a bit of an ensemble piece. But because of the way you access it, you find that you kind of anchor yourself around one of these characters, or are drawn to one of these characters. We had a series of playtests where people would play the game for three or four hours, and then afterward we would ask them to narrate to us, what is the story of this thing? Summarize the story in a few lines.

Different people would say, “Well, it’s the story of this character. This is what happens.” Someone else would anchor around a different character. You get these very nice subjective slices through the story, which I think is — I said earlier that I only realized when we were shooting this that to some extent, I’d been thinking a lot about shows like Breaking Bad, where there’s always that tension of the anti-hero protagonist. You had that weird thing where sometimes the audience loved him and thought he was a superhero and really cool. Their attempt to balance the anti-hero-ness and question his actions, question whether he was redeemable, sort of fell on deaf ears.

To some extent that felt to me like a constraint of telling a linear story on television where you have to have a main character, and you have a certain act structure. By the end of that series, they needed him, to some extent, to go out and tie up loose ends and finish cleanly and redeem that character. Here we’re telling the story with all these layers and all sorts of questions about characters’ motivations, whether they’re truthful or not, whether their actions are good or bad. We don’t lay out this linear sequence of events. We don’t identify somebody as the main character, and therefore you’re naturally drawn to empathize with them, because that’s how stories work. It creates a very interesting way of dealing with questions about character motivations. 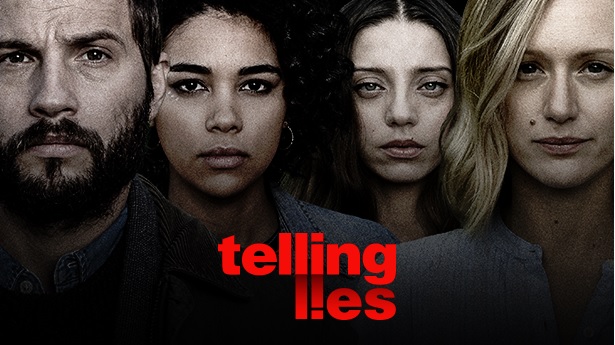 GamesBeat: Are you using the same mechanic, reassembling clues that are in fragments?

Barlow: The premise here is, when it opens, we establish the frame narrative, where you see — it’s night and this woman jumps out of a car and runs into this dark Brooklyn apartment. She opens up her laptop and she has an external hard drive with her. She plugs it in and boots up, and she has a stolen NSA database. This database is full of all this surveilled footage, captured footage of these people having conversations. It spans about two years in time.

You instantly understand that something bad has happened. Something on the level of government and law enforcement has occurred. There’s a reason that all these clips have been gathered together. There’s a reason why these people are interesting, and why this woman is digging into this footage. In a similar way as with Her Story, you come in and the hook is you have to solve a murder, but you can do that reasonably quickly. It then becomes more about the whys, digging into this character’s weird Gothic backstory.

That was the portion of Her Story that I found most interesting, this deep character study. People feeling like spending all that time with this footage of Viva talking to them and listening to her words and jumping around. They felt like they’d had something closer to a real conversation, that they knew her in a way that you wouldn’t always with a more traditional video game character.

So yes, it’s similar premise in that you have this database of footage you’re searching through. A few tweaks have significant ramifications for how it actually feels. Whereas in Her Story you were seeing little snippets — every little answer Viva gave was its own little clip — what you find here is whole conversations. The longest thing we have is about 15 minutes. Generally they’re a few minutes long.

When you search for a word, you’re dropped in at the point where that word is spoken. You might have this whole conversation here, and you might have a scene that starts here, goes here, and then ends at a dramatic moment. You’ll get dropped in at the middle of the drama, and instantly you wonder what the hell’s happening. You have that inferring of what’s going on.