Samsung is teaming up with one of the world’s largest amusement park operators to launch a series of virtual reality roller coasters.

Samsung has revealed a tie-up with Six Flags Entertainment Corporation (Six Flags) that makes it the amusement park’s official technology partner across the U.S. Starting this month, nine Six Flags parks will host what are thought to be the first VR roller coasters in the U.S. — and as you’ve probably guessed already, they’ll be backed by Samsung’s Oculus-powered Gear VR headset.

It’s worth noting here that visitors still physically go on a moving roller coaster — there would be little point traveling to a theme park simply to sit on a chair or simulator. The VR goggles basically serve up additional sensory experiences — for example, riders may be transported to the future to save the world from aliens. And they can even fire virtual weapons in what Samsung is touting as the “first-ever interactive gameplay technology on a roller coaster.” 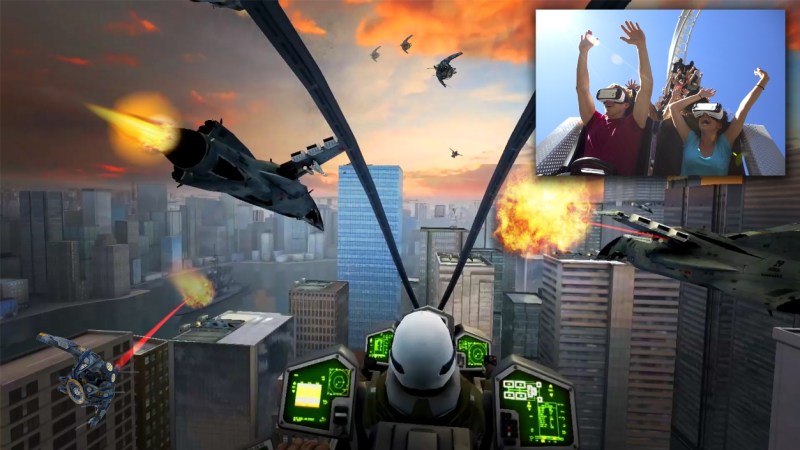 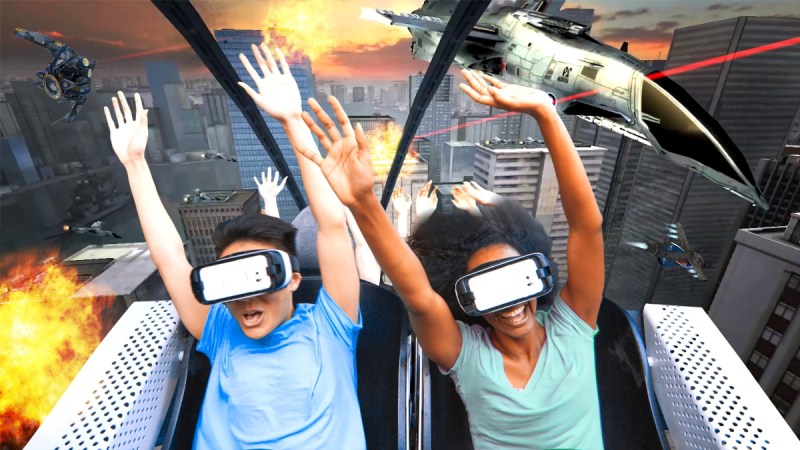 The launch comes less than a month after Samsung demoed a roller coaster simulator at Mobile World Congress (MWC) in Barcelona, but with the real deal about to launch commercially, this could herald an interesting new era for not only VR as a medium, but theme parks, as well.

“This remarkable technology is a definite game-changer for theme park rides and represents everything our brand stands for — delivering the most thrilling and innovative rides and attractions in the world,” said John Duffey, Six Flags president and CEO, in a press release. “With the addition of these virtual reality coasters, Six Flags will be introducing more than double the number of new coasters and rides than we did in 2015, and more than any year in the last decade.”

The VR roller coasters will be landing at the following destinations:

There’s little question that virtual reality has emerged as one of the hottest trends in the technology world. At MWC last month, the VR hype was almost palpable, and seemingly every tech company under the sun is looking to get in on the act, from HTC and Facebook through to Google, Intel, and beyond. 2016 is shaping up to be the year when VR finally comes of age.

Meanwhile, to get a better flavor of what the VR roller coaster will look, check out this promo, courtesy of Six Flags.