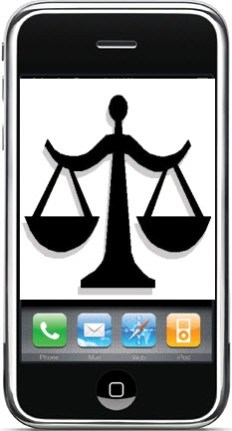 Instead, Apple sued the Galaxy tablet maker for patent violations, Samsung claims. The charge was made at the start of a patent trial in Australia that’s expected to last a week.

Apple sued Samsung in April 2011, alleging the Galaxy tablet violated its design patents. Now Samsung is claiming the lawsuit was forced by Apple after the iPhone maker refused to negotiate fair and reasonable licensing terms. “Our position is Apple has refused to engage in negotiations,” Samsung attorney Neil Young told Computerworld.

The hearing today in Sydney justice Annabelle Claire Bennett’s courtroom centers on the two patents dealing with power control and how 3G packet headers are formed. Samsung is charging that Apple violated the patents. A third patent won’t be discussed in court until October.

You almost need a map to wind your way through this legal landscape, which is littered with courtroom arguments and counter-claims. Last week, Samsung lost an appeal of a preliminary injunction in the U.S. blocking sales of the Galaxy 10.1 tablet. The South Korean company also struck out in an early July, with its failed attempt to remove a preliminary injunction against sales of the Android-powered Galaxy Nexus phone.

Overseas, Apple is the one getting frustrated by court decisions. On July 9, a UK court declared the Samsung tablets “are not as cool as the iPad,” hence Apple’s design was not infringed upon. Last month, a Netherlands court found Apple was guilty of infringing upon Samsung’s 3G technology, using the Intel and Infineon chips in the iPhone 3G, 3GS and iPhone 4, as well as the iPad 1 and 2. Apple had used the technology without paying a licensing fee since August 2010, the court ruled.

Once friendly competitors, Apple and Samsung have long maintained a type of symbiotic relationship as supplier and buyer. That frenemies stance has gradually grown to all-out cold war fought in courtrooms throughout the world.