The Samsung Galaxy Apps Store is the underdog when it comes to competing with the iOS and Google Play app stores. But the company does have the advantage of being the world’s biggest smartphone maker, and it embeds its app store on every smartphone it ships.

As a result, the Galaxy Apps Store is slowly gaining ground. It has grown to 24 million monthly active users (MAU) in the U.S., about four times the 6 million MAU it had in 2015. That’s not a bad result. And it’s good for developers, as Samsung curates its store so that only high-potential apps are available on the store, said Ravi Belwal, head strategic partner manager for games at Samsung, in an interview with GamesBeat.

While the other app stores have millions of apps, Samsung is focused on a much smaller number — in the hundreds of thousands. With that smaller number, it can make it easier for users to discover content and for developers to monetize their games and apps.

“We go with hand-picked partners and we feature them,” Belwal said. 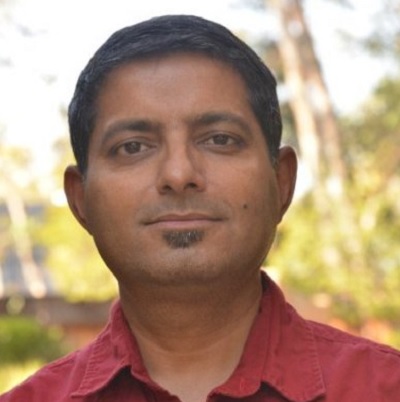 Over time, Belwal said Samsung wants to increase its traffic from 24 million MAU to 50 million, and it also wants to improve its revenues. Since Samsung just launched its Samsung Galaxy S8 on March 29, it can help boost its MAU numbers again.

“Whenever there is a new device, there is a spike in both revenues and downloads,” Belwal said. “We’ve got a way to go, but this is a good start, and we have strong momentum.”

Samsung isn’t focused on every market in the world. But it is investing heavily with the Galaxy Apps store in China, and it is pushing its Tizen-based smartphones in the Southeast Asian market. The company is focusing on high-growth markets like India, Malaysia, and Indonesia. Big hits such as Temple Run 2 and Fruit Ninja have been ported to Tizen, and Samsung is also offering $9 million in app incentives on Tizen.

The Tizen Mobile App Incentive Program offers monetary rewards for developers who launch their apps in Southeast Asia. If a developer’s app is selected as one of the monthly Top 100 apps, that developer can win $10,000. And Samsung will have a new Tizen device launching soon in India.

“The India market is exactly like China was in 2011, when nobody was buying but downloads were high,” Belwal said. “Users don’t want to buy anything, but they will watch a video ad. The growth in ads has convinced some companies, like Imanji (maker of Temple Run) and Halfbrick (maker of Fruit Ninja), to come on the Tizen store with their games.”

Belwal said that by 2020, the Southeast Asian region could be much bigger. He will be talking more about that at our upcoming GamesBeat Summit event.