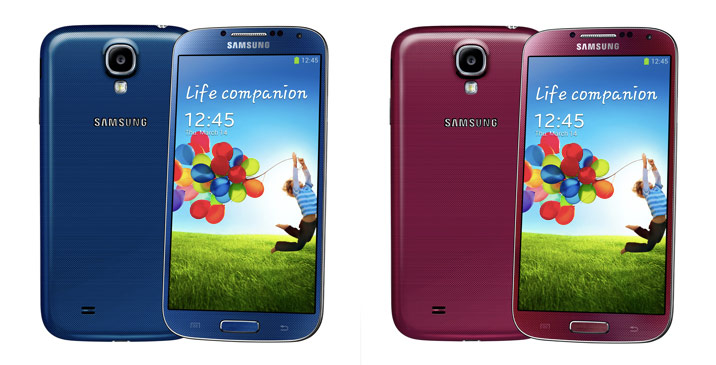 Samsung’s hottest new baby just set the mark for the fast-selling smartphone in company history. Sales of the Korean company’s Galaxy S4 hit 10 million in less than one month after launch — a level that the Galaxy S III took 50 days to reach and the Galaxy S II took five months to reach.

In other words, the giant that sold almost 400 million phones last year is getting bigger. And faster.

There’s a reason Samsung gobbles up 95 percent of the profits in the Android device market. It knows how to produce, market, distribute, and sell phones and tablets in massive numbers.

And, it doesn’t rest on its laurels.

The company also announced today that it would soon be introducing more color variations. The S4 is currently only available in black or white, or, as Samsung likes to say, Black Forest and White Mist. New color options coming this summer include Blue Arctic, Red Aurora, Purple Mirage, and Brown Autumn.

Meanwhile, five and a half months after the introduction of the iPhone 5, Apple is still not offering varying color options, although this are rumored to be in the product pipeline, probably for a fall release.

One caveat on the numbers: Samsung typically counts shipped units as sold units. And the company very carefully worded its announcement as “global channel sales,” which should likely be construed as units that are sold and delivered to its channel sales partners. So it’s possible that in terms of actual units in the hands of customers, Samsung has not yet hit the 10 million mark.

But there’s no doubt that the device is successful and will sell a boatload of units.

I still maintain, however, that the extra software, add-ons, and flashy-but-buggy gewgaws Samsung has added to the device will spell the beginning of the end of Samsung’s smartphone dominance. And would suggest people interesting in buying one wait for the Nexus version, which is basically an Galaxy S4 stripped of all Samsung’s software, and featuring a pure Google Android experience.