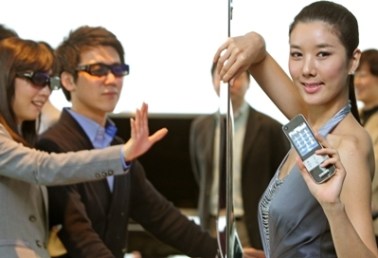 The Korea Herald, an English-language newspaper based in South Korea, quotes an unnamed Samsung executive: “We are considering Google TVs. We are examining the business feasibility.”

The television sets would run on Google’s Android operating system, already used on the company’s Nexus One and Motorola Droid phones, among other devices.

Rumors surfaced last month that it is working with Intel and Sony to develop its Google TV platform, allowing users to surf the web on their sets and tap into various applications via Android. So far, Sony is working on building a Google TV set-top box, but not necessarily a whole TV. Last week, Google acquired stealthy chip company Agnilux, which may have something to do with the effort.

Samsung has been moving in a very similar direction. In January, it launched the first application store for televisions, calling it Samsung Apps. To populate this new marketplace and recruit developers to the platform, it is also holding a contest for the best apps.

An analyst contacted by the paper said “there is no problem” for Samsung to produce Android-powered TV sets. But he worries that the move means Samsung will risk handing its control of the TV set market over to Google. “I think it would be better for Samsung to expand its own platform,” he said.

Samsung is the world’s second-largest mobile phone maker after Nokia, and claims to have the world’s slimmest TV set ready to launch in the United States this week.