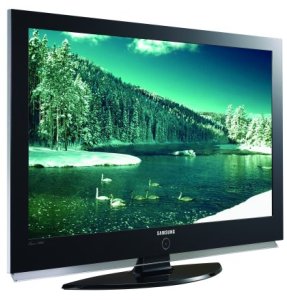 HyunSuk Kim, vice president of research and development at Samsung, said at an event in San Francisco today that the company will be able to create a 55-inch LCD TV next year that consumes about the same amount of electricity as today’s 32-inch TVs, or 150 watts. On standby, the number will be 0.3 watts consumed.

That’s not bad for a TV, and it will put pressure on the other TV makers to follow suit. Right now, companies such as Philips Electronics have power-efficient TV models, but most of the TVs sold are power hungry. Kim said that Greenpeace has rated the company as a leader in green electronics, earning a relatively high rating of seven out of 10 on Greenpeace’s scale. Consumer electronics makers have been working on these problems for several years, but it looks like it’s going to start paying off soon.

Of course, don’t expect such power efficiency on the highest-end TVs. Samsung is working on a variety of new technologies, such as 3D stereoscopic displays and something called Ultra-High Definition (which will have a screen resolution of 3840 x 2160 pixels). I wouldn’t expect those to be low-watt devices.