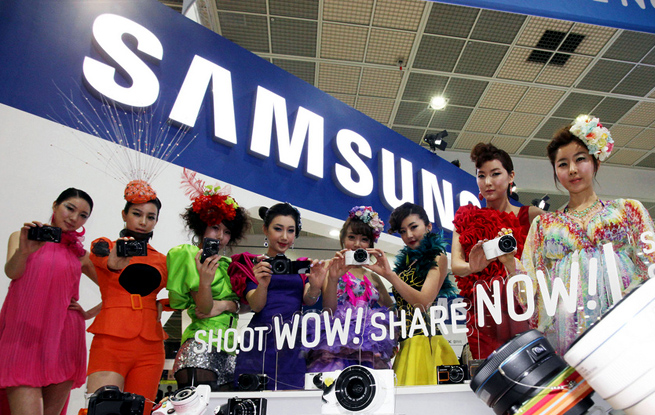 If you’ve been paying attention, the record profit may not be a surprise. Samsung has been on a tear as of late, with a strong lineup of Android headsets, cameras, home appliances, and other electronics. The Android headset business has been especially rewarding, while other Android manufacturers like HTC, LG, and Motorola look weak. Samsung also successfully spun off its unprofitable LCD display business.

“Despite difficult business environments, including seasonal low demand for major products such as PCs and TVs amid a global economic slowdown, we achieved record quarterly results based on our differentiated products and technology leadership,” said Robert Yi, senior vice president and head of investor relations, in a statement. “We cautiously expect our earnings momentum to continue going forward, as competitiveness in our major businesses is enhanced.”

Momentum for Samsung products will likely stay strong into the next quarter, especially in smartphones. The Galaxy S III, which will debut soon, could easily take over the Android headset crown, with its brand-new Exynos 4 Quad chip. Besides that, the device will likely sport a huge 4.8-inch screen, feature updated cameras, run Android 4.0 Ice Cream Sandwich, and include 4G LTE connectivity.