Samsung announced Tuesday that it has reopened its D’light experience store in Seoul over the weekend, following three months of renovation.

Originally built by Samsung in 2008, the D’light show space is housed within the company’s main building in the South Korean capital.

“On the first floor, visitors can enjoy interactive experiences through Samsung’s current products and services,” the company said. “On the second floor, visitors can learn how the next generation technology of semiconductors can impact people’s lives and experience how various industries, such as healthcare, shopping and education, can be transformed through Samsung’s solutions in the near future.”

In a nutshell, Samsung is using the space as an homage to its future self — here you’ll get an interactive insight into what the tech titan has planned for the future, and how it sees a variety of areas, such as the Internet of Things (IoT), playing out.

Samsung d'light store under renovation at the moment but one floor has all the current products pic.twitter.com/0piQpxD0Sy

“Visitors [can] make their way to the Home of the Future [zone], which, at first glance, appears to be a typical modern apartment,” Samsung said. “That is, until visitors pick up the tablets stationed throughout each room, which when manoeuvred around, give a 360-degree view of the same home, but actively being utilized by a family.”

“As such, visitors can get a glimpse at how the Internet of Things communicates between smart devices like the refrigerator, the television, and even the bathroom mirror, to make life more convenient and seamlessly connected,” it added.

Samsung just unveiled its latest bets on what tomorrow’s tech will look like at IFA in Berlin earlier this month — where it announced its newest flagship wearable, the Gear S2 smartwatch, which has been well-received. 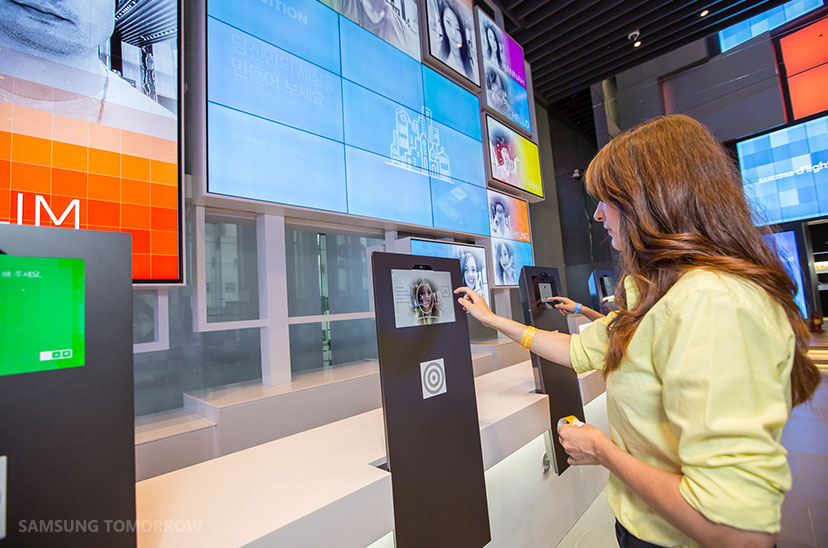 It’s also betting on devices like SleepSense, a smart sleep-tracker that can connect to appliances in your home, and its new SmartThings Hub that helps you manage all of your home IoT systems from one central location.

Meanwhile, to stay relevant in the growing mobile payments space, Samsung started testing its Apple Pay and Android Pay competitor in the U.S. at the end of August.

Take a tour of the future and all the possibilities it holds at #SAMSUNG D’light http://t.co/CcXsnkMwYB pic.twitter.com/IyOWPTyglr

“Guests complete their interactive experience in the ‘Imagination’ room,” Samsung said. “Here, a display gathers information from their wristbands, and based on their choices made in the previous areas, determines their visionary type, such as ‘Peace Barista’ or ‘Utopia Architect,’ among others.”

These wristbands are given to visitors for the duration of their stay at D’light, and are available in Chinese, English, and Korean. The devices will supposedly guide users through the 40-minute experience as they move from zone to zone.

Visitors will be able to “transform photographs into colorful works of art… digitally construct a whimsical planet which is displayed across 16 curved TVs that circle overhead,” and interact with “cutting-edge mirror displays,” Samsung said. 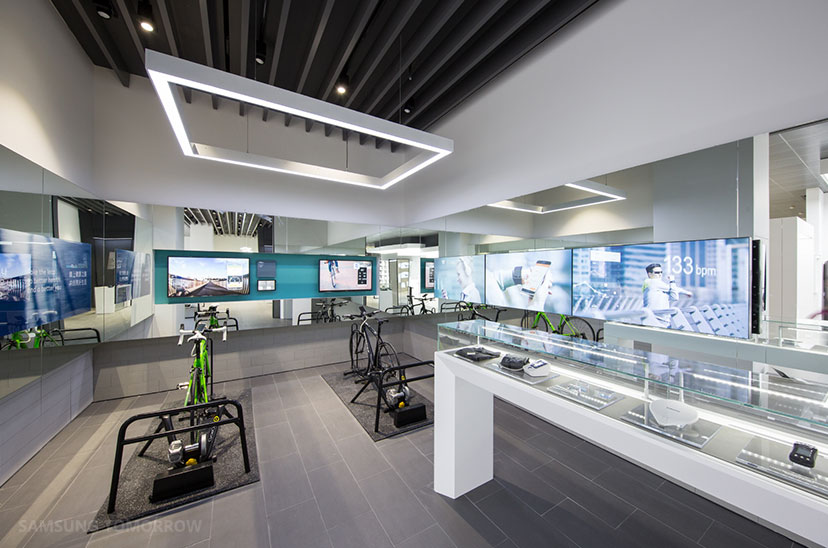 Finally, the company hints at applications in education (“tablets have replaced textbooks”), food and retail (“customers can build a sandwich by tapping their favorite ingredients on a screen”), payments, and health care (“wearable devices and sensors that track one’s movement, heart rate, and sleep patterns to better diagnose and prevent potential health issues”).

There’s no doubt that this is in many ways just an extension of Samsung’s marketing engine — it wants to wow and impressive visitors, convincing them that its vision of the future is the most interesting and the most tangible by letting them get up close and personal.

And while this interactive display is very much an homage to the company, that doesn’t mean it’s not cool. As much as anything, I expect Samsung wants to encourage conversation on where IoT and other new segments are heading — and part of that means moving out of the lab and inviting the public to share in that conversation.

And who doesn’t like to play with cool new stuff? 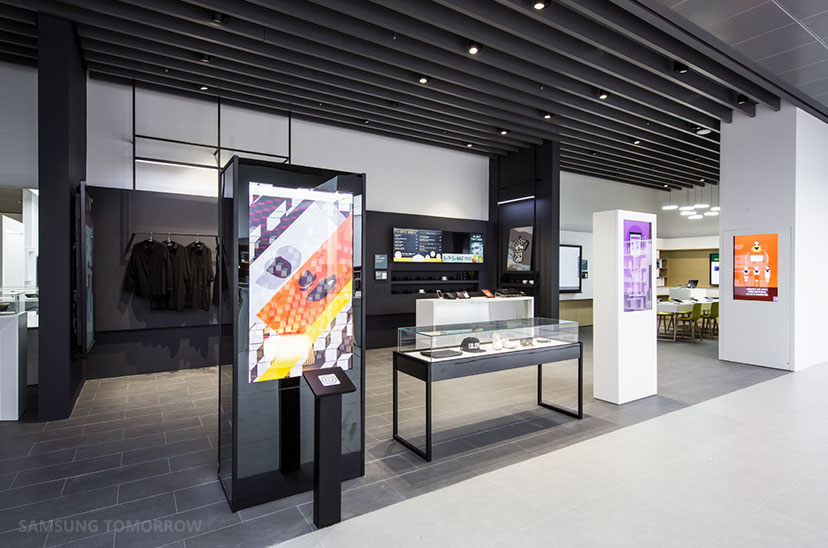