A fledgling startup that was spun out of Samsung has turned to Kickstarter to help push its first product to market.

First announced at Mobile World Congress (MWC) in Barcelona this year, the IOFIT smart shoe is designed to help athletes and coaches access data on an individual’s performance. It comes in multiple styles and has sensors embedded in each shoe to serve up real-time insights, such as the amount of force being used by an athlete on various parts of the foot — information that can help determine balance, center of gravity, and weight shift, among other things. This data can be streamed directly to the accompanying app on a tablet or mobile phone. 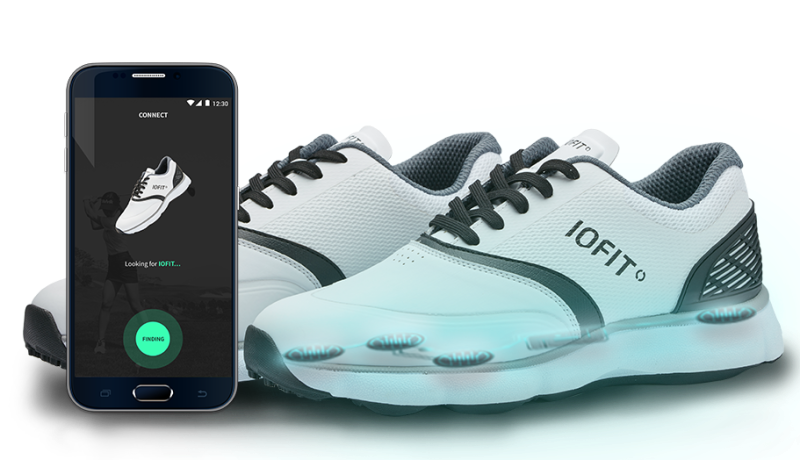 Salted Venture, the company behind the shoe, sought $30,000 when it launched the product on Kickstarter last week, but the campaign has already sailed past the $50,000 mark. A pair will cost $189 for early backers ($10 less than the sticker price) and will ship in February 2017.

Though the company is ultimately targeting sports enthusiasts across the athletic spectrum, these specific shoes will be aimed at the golf community and will analyze a golfer’s balance and weight shift to give them real-time feedback on their swing.

“In the past, the only way for golfers to get professional feedback on their swing was to hire a coach or purchase equipment that costs thousands of dollars,” said the company’s CEO and cofounder, Jacob Cho. “Now, with just a pair of shoes and an app, golfers can quickly and smartly improve their game while having fun.”

Salted Venture is one of a number of startups to have grown out of Samsung in recent times. The Korean tech titan’s in-house Creative Lab (C-Lab) gave birth to five new companies back in June, covering everything from smart belts to idea printers. But by turning to Kickstarter, Salted Venture is following an emerging trend in which crowdfunding campaigns are used to market and “sell” a product, though the funds and presales garnered will, of course, be welcomed.

“It made sense for us to launch a product like IOFIT on Kickstarter because of its strong global community of innovators and technologists,” added Cho.