Gen.G has signed Samsung Electronics as an official sponsor for the company’s esports teams. The move is the first since Gen.G named Chris Park as its CEO earlier this month, and it’s the kind of move necessary for esports to become a $1.7 billion market by 2020, as predicted by market research firm Newzoo.

Seoul-based Gen.G has esports teams, such as the Seoul Dynasty team that participates in the Overwatch League. In this deal, Gen.G will receive the latest high-capacity, high-performance SSDs from Samsung, along with financial support. Samsung SSD will be implemented in the Gen.G Seoul HQ, where Gen.G teams train.

In addition, a “Samsung SSD Streaming Studio” will be built in the second floor of the Gen.G Seoul headquarters. Here, Gen.G players will enjoy various games and deliver fun content in the optimal gaming setup equipped with Samsung SSD. 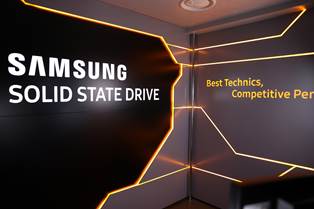 With PC games, SSDs can decrease “lag” in high-spec gameplay and allow for a more stable gaming experience over a long period of time.

“To continuously improve the players’ performance, it is vital to establish a fast and stable computing environment,” said Edward Choi, head of marketing at Gen.G Esports, in a statement. “I am very excited to have this opportunity to enhance players’ performance and exhibit high-performance Samsung SSD hardware through this official sponsorship deal with Samsung Electronics.”

Kevin Chou and Kent Wakeford, the former leaders of mobile gaming firm Kabam, founded Gen.G Esports as a global esports organization in 2017. One of their first moves was to acquire Samsung Galaxy, a champion League of Legends team, from Samsung. Chou remains executive chairman and Wakeford is vice chairman.