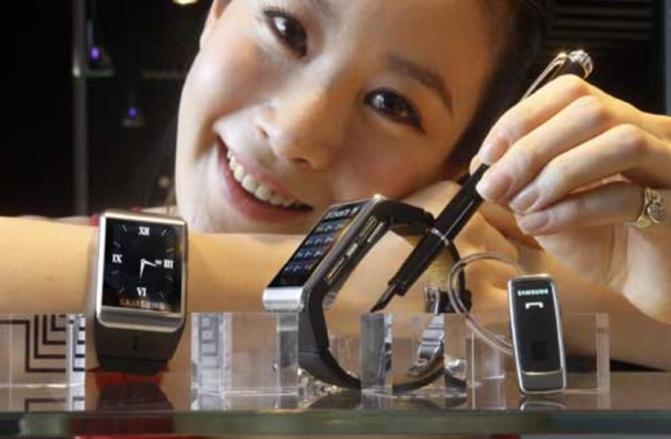 A Samsung vice president has made it clear that the company is developing an upcoming watch product, which will likely compete with Apple’s heavily rumored “iWatch” smart watch.

“We’ve been preparing the watch product for so long,” Lee said. “We are working very hard to get ready for it. We are preparing products for the future, and the watch is definitely one of them.”

It’s not surprising to see Samsung tackle a smartwatch (again), especially after all of the hype surrounding the iWatch. With every new report, it seems clearer that our wrists will be a significant part of the future of mobile computing. But Samsung will likely want to make it clear that it isn’t just copying Apple’s game plan, given the contentious trial where Apple accused Samsung of copying its smartphone and tablet designs.

The watch category isn’t anything new for Samsung. The company released the S9110 watch phone (above) back in 2009 at a slightly cheaper price than a competing LG watch phone. Apple’s iWatch is expected to serve more as an accessory for your smartphone rather than a completely separate phone, so I’d expect Samsung’s upcoming smart watch to follow suit.

Unfortunately, Lee didn’t have anything else to divulge about Samsung’s upcoming watch. The company is also getting into the fitness gadget arena this year with a new S-band activity monitor, activity scale, and heart monitor, all of which will synchronize with the company’s new Galaxy S IV smartphone.