Samsung has today officially launched its latest stab at the wearables market with the introduction of its new “Charm” activity band, available in a handful of markets.

While the Samsung Gear Fit is a full-featured device, which, in addition to tracking your health, has a screen for receiving alerts and notifications — the Charm is evidently designed more as a fashion bracelet-style accessory. It’s intended to look good while still tracking your steps, distance-traveled, and calories, as well as informing you of incoming calls, texts, and social media messages, all using color-coded LED notifications. 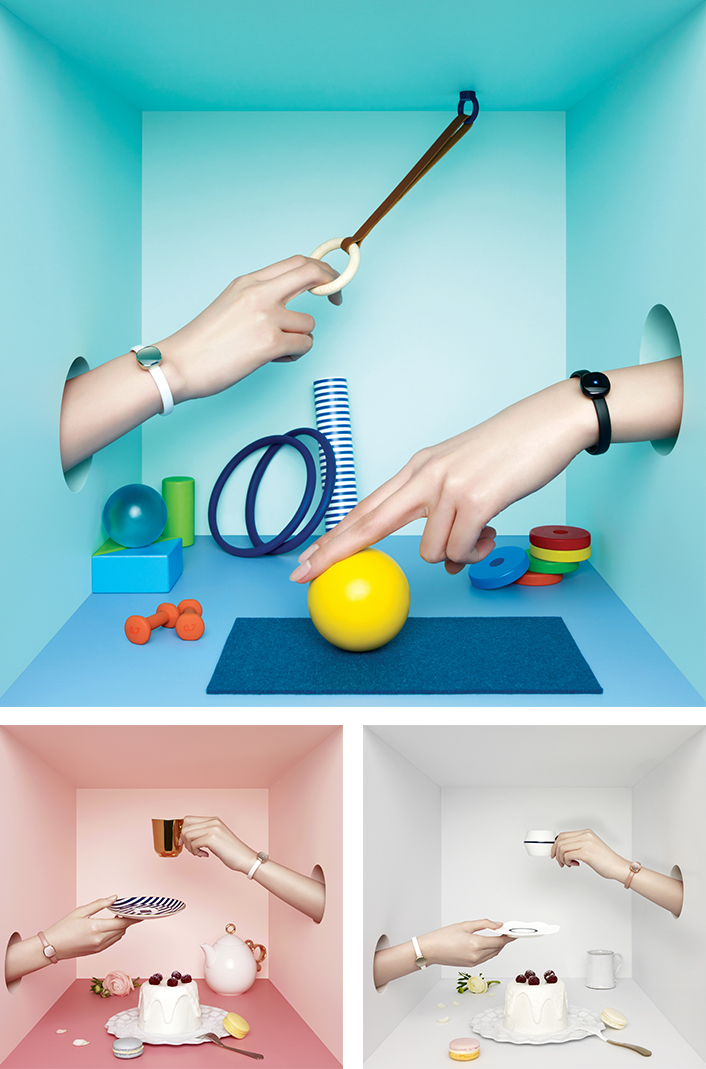 Above: Samsung demonstrates, umm, obvious use-cases for the Charm

The Charm works in conjunction with the Samsung S Health app, which syncs via Bluetooth to your Android phone. 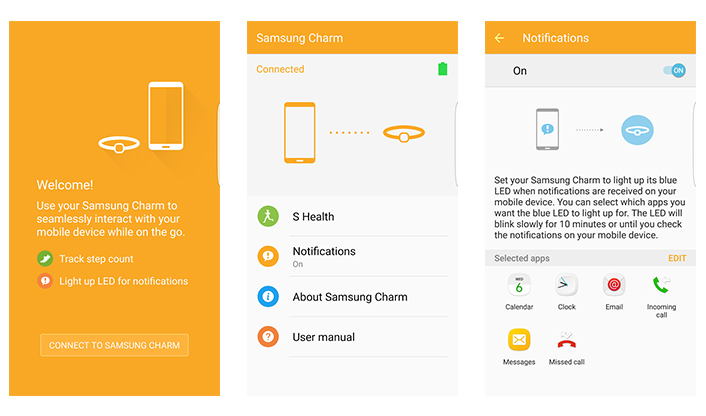 First announced at Mobile World Congress (MWC) in Barcelona earlier this year, the Charm has hitherto failed to make an official appearance on the consumer market. Now, however, those in South Korea, Italy, France, and Russia can procure the device, with “select” markets to follow.

The fitness bracelet is available in Gold, Black, and Rose Quartz, and although Samsung hasn’t specifically confirmed pricing for the Charm in all its launch markets, according to the French listing, it will set you back €40 ($45). The company also previously revealed a rectangular version of the Charm, however this doesn’t seem to have a launch date yet. 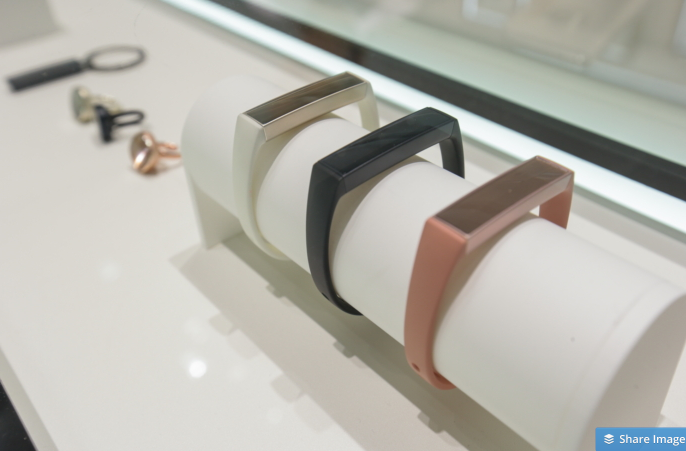 Powered by a rechargeable lithium-ion 17mAh battery, the Charm promises up to 14 days on a single charge.

The Korean tech titan is clearly convinced that fashionistas want technology to merge seamlessly into their everyday accessories. Fitbit launched its Alta wearable this year with similar aspirations, but it has a little screen — and only time will tell whether people are prepared to shell out $45 for color-coded notifications on their wrist.

No word yet on whether the device will arrive in the U.S., but with wearable adoption skyrocketing over the past two years, there’s no real reason why it shouldn’t.