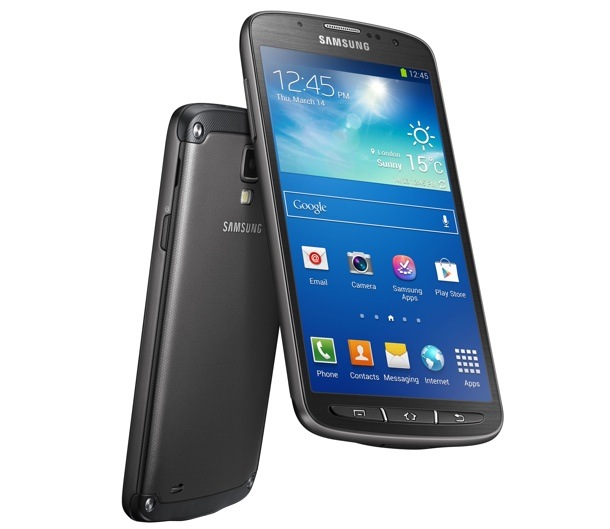 In its ongoing quest to build a smartphone for just about anyone, Samsung has debuted the Galaxy S4 Active today, a new version of its flagship smartphone built to survive grueling outdoor conditions.

The Galaxy S4 Active’s sealed components make it water resistant for 30 minutes in depths up to 3 feet, as well as dust resistant. So it should easily be able to survive a day on the beach, a long hike, and even something like rafting, which would normally spell death for a smartphone.

The phone’s headphone jack, which is typically one of the most vulnerable components when it comes to the elements, is also water-resistant. There’s also an underwater photo mode (because Samsung rightly assumes people are going to be purposefully sticking this thing under water). You’ll also be able to use the phone while wearing gloves, thanks to Samsung’s new “Glove touch” technology (a feature we’ve already seen in several other smartphones).

Under the hood, the phone’s specs seem similar to the original Galaxy S4: There’s a 1.9 gigahertz quad-core processor, 2 gigabytes of RAM, and a huge 5-inch screen.

Expect many more manufacturers to pay attention to gadget durability down the line. Sony’s recent Xperia Z smartphone is also dust and water resistant, and with the move towards wearable computing devices, durability will become all the more important. That’s a good thing for consumers, since it means our expensive devices should be able to last longer.

Samsung says the Galaxy S4 Active will be available in the U.S. and Europe later this summer. Pricing details haven’t yet been announced.