The Samwer brothers, the well-known European trio of entrepreneurs, have invested in Frazr, an exact duplicate of Twitter.

They have thus embarked on a reputation of backing blatant rip-offs of successful U.S. companies. They backed Studi-VZ, the Facebook in Germany, for example, in 2005, shortly after Facebook became a major success.

See the images below to see how similar Frazr is to Twitter. Even the question at the top of the pages is same. Here’s a translation of the German: “Everyone wants to know: What are you doing? Tell them. On the Web, in a message, or phone.” Compare that to Twitter’s intro.

Frazr is available in French and German. The amount invested was undisclosed.

Twitter, a San Francisco company, has gained tremendous buzz in tech circles in recent weeks, for the dead-simple way it lets you publish one-liners about what you are doing at any given time. You can select the people you want updates from, to track what your friends are doing, for example. Some techies find Twitter might make for a new type of communications protocol (scroll down). Others think the hype will die off within a few weeks or months. Still, all sorts of mashups have been built to integrate Twitter into things like maps and browsers. Twitbin, for example, gives you a way to follow twitters in your browser sidebar.

Alexander, Oliver und Marc Samwer aren’t dumb. U.S. companies take a while before they focus on foreign markets. And Europeans are more likely to rally behind a local company that specializes in their language. The brothers invested through their European Founders Fund. Christian Vollmann, of Magic Internet, is also an investor in Frazr, according to the German publication OnetoOne.

In fact, more European clones of Twitter have popped up: They include Texeln, another exact replica of Twitter, along with Wamadu, Faybl, 1you and Sloggen. Partnr.de is about to launch, according to OnetoOne. 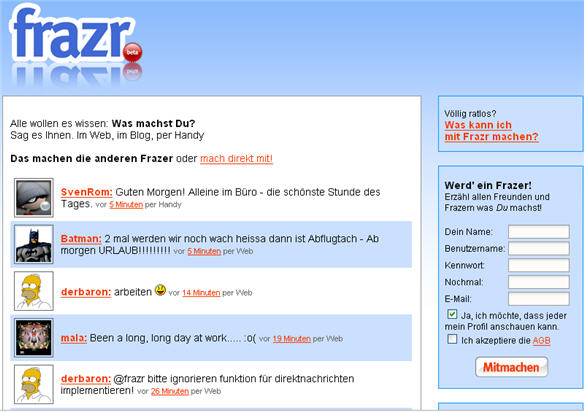 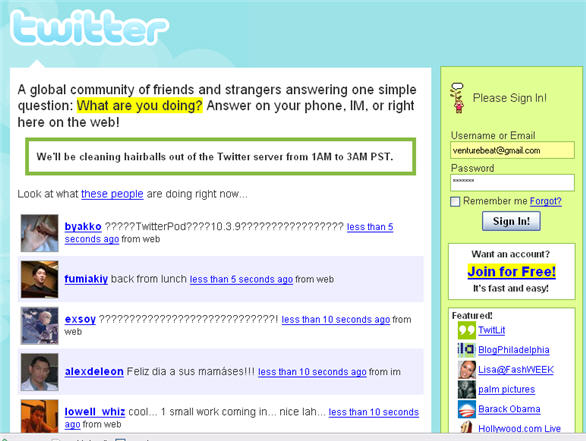