Ramos, an elected official in the county where the shootings took place in December, takes several pointed shots at Apple. Under a section boldly entitled, “Apple’s assertion of standing to protect privacy is illusory,” he questioned how Apple can suggest that it offers what he calls “absolute privacy.”

“While Apple can represent what it chooses in its marketing of its devices and operating systems, Apple is neither the legislature nor judiciary empowered to define privacy as absolute,” he wrote. “Apple is not a public policy maker. Apple is a for-profit corporation. No one has appointed or elected Apple to be the Orwellian arbiter or definer of privacy for society or even for all of Apple’s customers.” And anyway, Ramos wrote, this “absolute privacy” isn’t supported by the Constitution.

In Ramos’ filing, he took issue with the way Apple has raised topics that aren’t actually before the court. One such example is the prospect of identity theft that Apple claims could result if it were to develop the technology to unlock San Bernardino shooter Syed Rizwan Farook’s iPhone. “Unwarranted government surveillance” is another matter that isn’t actually at the core of the case, Ramos argued. But later, Ramos brought up certain “criminal” activities that he said iPhones currently protect, even though these activities are not directly being debated in the case. 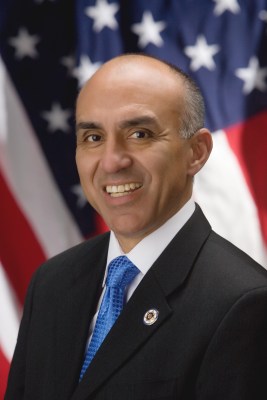 “Apple’s expressed concerns that criminals may attempt to intrude into iPhones and acquire information contained on the phone has some merit, however, it is not the complete picture,” Ramos wrote. “The fact is that criminals area already using iPhones, every day, everywhere, and that those phones contain evidence of their criminal activity of violent crimes, human trafficking, sexting, revenge pornography, child sexual exploitation, and identity theft committed against innocent victims, and that the evidence resides only on the iPhone. This is real evidence of crimes. It is not grocery lists or restaurant reviews that are at issue.” (Side note: Sexting between consenting adults is not necessarily illegal. To be fair, legal issues do arise in certain states when minors are involved.)

In making the case that it would be appropriate for Apple to solve a problem that it has had a hand in creating, he wrote that companies that make dangerous things have to fix them, and that “it can be argued that the iPhone, with its current encryption, is dangerous to victims.”

Ramos’ request to participate in the case with an amicus curiae brief, which was posted online yesterday, mentioned that Farook’s iPhone “may contain evidence … that it was used as a weapon to introduce a lying dormant cyber pathogen that endangers San Bernardino County’s infrastructure … and poses a continuing threat to the citizens of San Bernardino County.” The passage received media attention. The actual amicus brief, unfortunately, did not elaborate on that particular statement.

What Ramos did make sure to include is a footnote pointing out that the U.S. District Court made an error in the caption for the case, which has been subsequently repeated in each filing. “Although correctly recorded in the search warrant attached to the United States Attorney’s Ex Parte application to compel, the vehicle license plate noted in the court caption is incorrect. The correct number is California 5KGD203,” Ramos wrote.